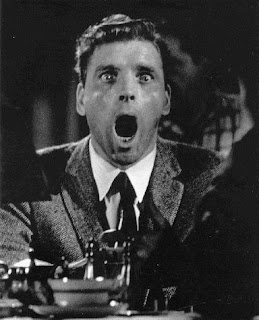 Im shocked I tell you, shocked!
The Tundra Tabloids reported yesterday on the Newsweek ranking of best countries in the world, calling their findings dubious at best, they don’t look at socialism as a negative factor in their analysis. Now we find out that they can’t add either. KGS

Oops! Has Newsweek been mathematically-challenged?

Ilta-Sanomat suggests Finland’s and Switzerland’s points were muddled up in “Best Country” survey
No sooner have the Finns been told that they inhabit the best country on the planet, according to the American magazine Newsweek (see earlier article), than doubts are being cast on the veracity of the results.
These are not the more obvious doubts, as in whether the methodologies or metrics were skewed in favour of certain countries, but a straightforward and rather embarrassing arithmetical error that would have given the overall points for 2nd-placed Switzerland to Finland, and vice versa.
According to Wednesday’s issue of the late-edition tabloid Ilta-Sanomat, the Newsweek compilers have added up the points given for each of the five areas under study – health, education, quality of life, economic dynamism, and political environment – and given Finland a handsome winning average score of 89.31.
Somebody in the Ilta-Sanomat newsroom got out a calculator and crunched the five Finnish numbers and came out instead with a figure of 89.00, which coincidentally was that given to the Swiss runners-up.
A quick check of their numbers revealed that Switzerland should have got 89.31, and the seed of doubt was sown.
Reportedly Newsweek have said they are looking into the matter.
Clearly the diligence and mathematical skills of the Finnish tabloid’s staffers are testimony to Finland’s superb educational foundation, and possibly if there IS a glitch in the numbers it explains why the United States could only come 26th in that particular category.
In any event, even if we have to take one step down on the podium and look up to the Swiss, the Finnish public have already had plenty of entertainment from the survey: the online message boards have been buzzing both at home and abroad, with Finns piling in on the Newsweek site to pump their fists in triumph, and conversely Americans finding all manner of reasons to explain why their coming 11th was a complete travesty of justice.