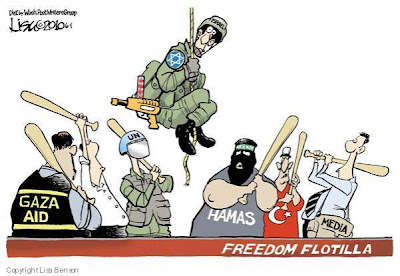 From the comment box: “Analysis: The Legal Blockade of Gaza Israel, as a democratic State, looks for legal tools to curb such smuggling and respond to Hamas’ terrorist attacks against its citizens. One of the tools available under international law is the maritime blockade. Israel, finding itself in a state of armed conflict with Hamas, has opted to employ this legal measure. For more information click here:
http://www.globallawforum.org/ViewPublication.aspx?ArticleId=126
– The Jerusalem Center for Public Affairs”