Skip to content
Home
/
2010
/
June
/
28
/
Uncategorized
/
HYPOCRITICAL HUMANITARIAN RACIST SWEDES FOCUS ON ALLOWING HAMAS WEAPONS TO KILL JEWS WHILE REFUSING TO HIGHLIGHT GILAD SCHALIT’S HUMAN RIGHTS…….
Facebook
Twitter
Google+
LinkedIn
Pinterest
The Sweden Israel and the Jews blog highlights today the hypocritical Swedes’ refusal to address any concern for the human rights of Gilad Schalit, the Israeli IDF soldier kept in inhumane conditions that violate every facet of international law. The fact is, these Swedish (Norwegian too) activists could care less about human rights, they are only involved to secure “rights” to homicidal maniacs. KGS 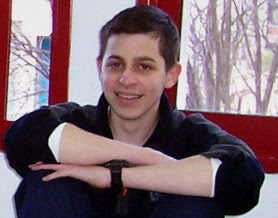