Skip to content
Home
/
2010
/
June
/
21
/
Uncategorized
/
AS OSLO UNIVERSITY PREPARES TO DISCUSS POSSIBLE BOYCOTT OF ISRAEL, AN EXCHANGE BETWEEN THE JCPA CHAIRMAN AND RECTOR…….
Facebook
Twitter
Google+
LinkedIn
Pinterest
The Tundra Tabloids has obtained an email by Professor Leslie Wagner, chairman of the Jerusalem Center for Public Affairs’s Institute for Global Jewish Affairs, that was sent to the rector of the University of Oslo, Ole Petter Ottersen, Professor MD, PhD.  The Tundra Tabloids has full permission to reprint the exchange between these two professors. KGS
NOTE: It’s good to know that the rector of the university is fully against such a boycott, let alone the discussion of one. 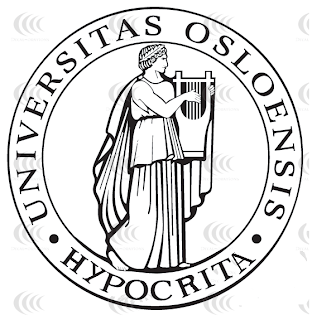 Dear Professor Otterson,
I appreciate your prompt reply to my previous communication, and welcome your statement of your personal position regarding the boycott proposal. It is unfortunate from the university’s point of view that any member of the Board can make proposals, however damaging they may be to the good name of the university. I wish you success in mobilising the support of the Board for your position on this issue.
Leslie Wagner
Date: Sun, 20 Jun 2010 13:55:29 -0700
From: oleppp@yahoo.com
Subject: Re: [rektor] Boycott
To: rektor@uio.no; vcwagner@hotmail.com
CC: inga.bostad@admin.uio.no; r.h.hennum@jus.uio.no; g.e.a.bjorneboe@admin.uio.no
Dear Dr Wagner,
Thank you for your mail regarding academic boycott. Please rest assured that the leadership of the university of Oslo is united behind its firm opposition to any form of academic boycott. The reason why this issue is to be discussed at the upcoming board meeting is a technical one: One of the board members insisted that the issue of boycott be brought to the board and the current rules then dictate that this wish has to be accommodated. For your information we can tell you that we have actively promoted our view in the press and declared that academic boycott is not a way to go in any conflict of this kind. In fact, the leadership of the university argues for a more active use of science diplomacy in conflicts where diplomatic contacts break down or prove inefficient.
I hope this helps clarify this issue. In short, we share your views on the harmful effects of academic boycott and trust that our board will rule against such a step with an overwhelming majority.
Ole Petter Ottersen, Professor MD, PhD
Rector, University of Oslo (http://www.uio.no/)
From: leslie wagner
To: rektor@uio.no
Sent: Sun, June 20, 2010 10:46:53 PM
Subject: [rektor] Boycott
Dear Jan Petter Ottersen,
I write to you as a former vice chancellor of 2 British universities and a former chancellor of a third to express my shock that the University of Oslo is to consider a proposal to boycott Israeli universities and academics. Such political gestures have no place in academic discourse, and particularly at a university with the reputation of the University of Oslo.
That reputation can only be damaged, perhaps irrevocably, within the international academic community, if Oslo decides to judge which academics it will recognise on the basis of their passports rather than their academic merit. I urge you to do all in your power to prevent your university going down a route which not only breaches the core principles of academic life, but which will also do great and lasting harm to your fine institution.