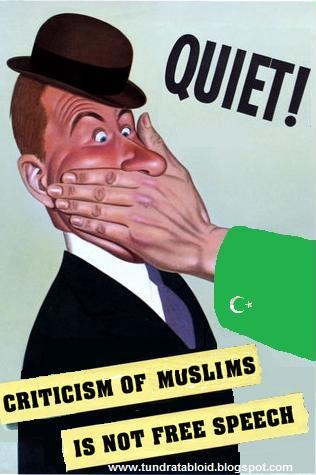 Caroline Glick files this report of the YouTube orgs’ mugging of free speech. Latma’s We Con the World song went viral until someone complained about copy right issues which have no bearing on the use of the song. YouTube caved and pulled the spoof song on the world’s willful blindness to the Turkish government’s role in provoking the whole “Flotilla of the Huns” incident that led to nine jihadis being killed. KGS

As Israel went offline for the Jewish sabbath, YouTube removed most versions of Latma’s hit parody song We Con the World. If you try to access the song on YouTube you receive the notification:

This video is no longer available due to a copyright claim by Warner/ Chappell Music, Inc..

Copyright experts we advised with before posting the song told us in no uncertain terms that we were within our rights to use the song because we did so in accordance with the Fair Use Doctrine. The Fair Use Doctrine, copied and pasted below from the US Copyright Office stipulates that it is legal and permissible to use copyrighted material under the fair use doctrine for purposes of parody.

Copyright attorneys also warned us that given our clearly lawful use of the song We are the World, if anyone wished to silence our voices, they wouldn’t target us. Instead they would target YouTube. It is YouTube’s standard practice to remove any material that they receive even the flimsiest threat for because the company wishes to avoid all litigation.

At the same time, this is not YouTube’s first move to silence Israeli voices. During Operation Cast Lead, the IDF Spokesman’s Unit established a YouTube channel and began posting combat footage on its channel to bypass the anti-Israel media and go directly to news consumers.
Shortly after the IDF channel began making waves, YouTube – which is owned by Google – removed IDF videos from the website. After the move evoked a storm of protest, YouTube restored them but flagged the videos in the same manner it flags pornography. People trying to access the videos received a screen saying, “This video or group may contain content that is inappropriate for some users, as flagged by YouTube’s user community. To view this video or group please verify that you are 18 or older by singing in and signing up.”

Here’s a link to the write-up of the YouTube move.

If YouTube didn’t already have a track record for censoring pro-Israel material, I would say that despite the obviously frivolous and unsubstantiated nature of the copyright claim against We Con the World, the company was simply erring on the side of caution.

Make sure to read it all here