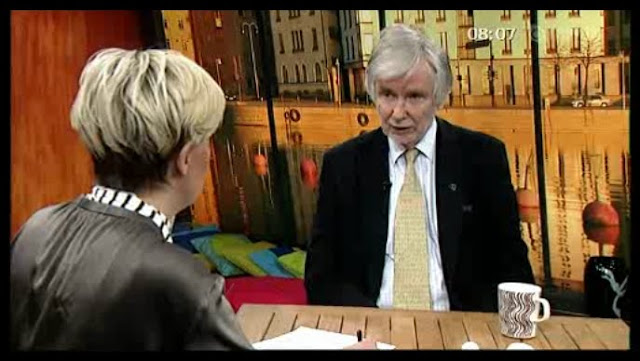 MTV3: “Tuomioja: Hamas boycott was an EU error in judgement  (4.6). In MP Erkki Tuomioja’s opinion, it would be important to keep channels open to Hamas. -EU boycott of Hamas has been a strategic error.”
Fortunately, most Finnish political opinions don’t even register as a blip on the international radar screen, Tuomioja represents the die-hard caste of socialist politicians who have a problem with the Jewish state. These kind of people never have anything good to say about Israel, and nothing bad to say about the Arabs.
Anti-Israel political hacks like Tuomioja are very predictable, and can count on being invited before the Finnish media to air “their views”. Those with an opposing view (taking a pro-Israel pov) just somehow never manage to get “the call”,  just the anti-Israel nay-sayers and ankle biters.
So Tuomioja doesn’t believe it was very productive for the EU to label the Hamas as a terrorist group, though they fulfill every criteria in the definition of the word. Well, being a Leftist, a very hard Leftist (Marxist) that is, he’s among kindred spirits with the totalitarian Hamas. These kind of situations as in the Mavi Marmara incident are designed and tailored for Leftist politicians like Tuomioja and the media, they lap it up like a dog does to its own vomit. KGS
NOTE: The video (in Finnish) is available here for a short while. Also, the woman doing the interview on MTV3 is as rabidly anti-Israel as the man she was interviewing. Leading him to respond to outrageous questions like: “year after year Israel does all kinds of things, blowing up clinics, killing civilians, and violating international law, they seem to get away with it always..right?”
Well with hack Finnish journalists like here, who never venture to ask the hard questions about the manipulation of the media and the cynical use of human beings as cannon fodder for political points against Israel, it’s no wonder genocidal groups like Hamas and Hezbollah and Fattah are emboldened.
Can you imagine having such a moron like Ol’Scruffy as a Foreign Minister? 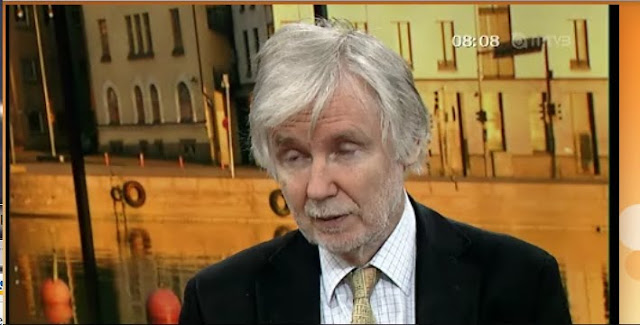 NOTE: Tuomioaja also mentions that Swedish FM, Carl Bildt, is also for breaking the blockade and removal of Hamas from the list of terrorists. Perfect.
The anti-Semitic Chef Carl Bildt: Just a pinch of me will do the trick