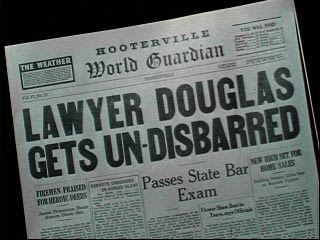 Thanks to Vlad for bringing this to TT’s attention. The ideology of Islam has to be the most supremacist and degrading of others that the world has ever seen. It is the Tundra Tabloids expressed aim and desire to expose this degenerate ideology for what it is, while encouraging as many Muslims to forsake this highly hateful cult as it can.
The world was cursed the day Mohamed started his journey from Mecca to Medina, that was the start of political Islam, and the downfall of civilizations. It’s such a significant date in the Muslim calendar, that it, not Mohamed’s birthday is celebrated. The more one digs deeper into Islam, the more one becomes aghast at what it stands for and demands from its followers and non-followers.
The Tundra Tabloids’ advice for its Muslim readers, and you know who you are, is to flee Islam, forsake the decedant pedophile, assassin, schemer and plotter, wife beater and all around supremacist and hate monger, and discover life without him and his cult of “kaffir hate”. KGS

In the TV sitcom ‘Green Acres’, Oliver Wendell Douglas, a New York attorney runs for public office against the popular incumbent. A rumor starts, suggesting that Douglas had been debarred as a lawyer. Though not true, the rural folk keep repeating the lie during the campaign, until everyone accepts it as an established fact… and besides, it’s highly amusing to repeat the slander. Candidate Douglas is frustrated beyond endurance. Even though he is an accomplished attorney, he doesn’t stand a chance against this entrenched prejudice.
In the Koran, Mohammed uses the same technique. All sorts of things in the Koran are no more than cartoonish misrepresentations of people and other religions, but Moslems have no problem accepting them as established facts, merely because Mohammed said so and repeated them over and over, giving them divine authority… and besides, Mohammed’s caricatures are highly amusing! Cartoons work. Hyperbole works. They entertain. They work viscerally by circumventing the intellect and appealing directly to the emotions through laughter and sneering mockery. A thing doesn’t have to be true to be fun!
Mocking outsiders is fun! It puts ‘them’ down, puts ‘us’ above them and thus dehumanizes ‘them’. ‘We’ get control of ‘them’.
According to Mohammed, not only do kafir-subhumans deserve to be mocked, but they basically lack a right to share the earth with Moslems. They are on earth by the kind permission and mercy of Moslems who magnanimously restrain themselves from removing the kafirs altogether. By mocking their legitimate overlords (the Moslems), kafirs lose their right to exist on earth. That is the Sunna, the example, of Mohammed.
In the TV episode, lawyer Douglas starts shouting, ‘I was not debarred!’ but no one hears him over the howls of bemused laughter. Mohammed discovered how effective laughing at one’s opponents could be. He mocked all who didn’t follow him, starting with the Jews, calling them sons of pigs and apes, and at other times calling them ‘donkeys carrying the Taurat’. Mohammed refused to pronounce it ‘Torah’. He distorted the names of people in the Bible as well, no doubt to make them sound funny. He told humiliating stories about Biblical heroes. Abraham had a humorous scrotal hernia. Talking rocks stole Abraham’s clothes and ran away with them. Solomon bends over and overhears the language of ants. Trees, clouds and other objects in nature come alive and speak. Such imagery could come out of Tom and Jerry, but it is there in Mohammed’s holy book revealed by his god, who only communicated with Mohammed. Mohammed also hired writers to lampoon his enemies in limericks. Mohammed could not take a joke at his own expense. No! Mohammed’s narcissism was sacred! And poking fun at it was an unforgivable act of high treason punishable by death! He had writers assassinated who lampooned him.
Of course, as with other matters, Mohammed gave himself a monopoly on cartoons. He wanted his opponents to be unarmed in the matter of satirizing him…as do pious Moslems today. Today, Moslems claim the right to satirize Jews, Americans, the British, the Pope and anyone else. But no one may satirize them. Moslems place themselves and their collective offended narcissism above comment. To criticize Moslems is an act of high treason against our divinely-appointed overlords!
We are never told why Mohammed’s narcissism needs defending more than another’s narcissism. We are merely told that Mohammed taught his followers to defend his narcissism by assassinating critics…and that this is confirmed in Islamic law.
Read the rest here.