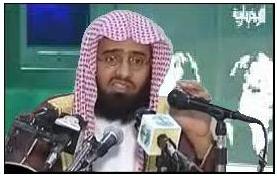 The infidel maid shouldn’t have
been such a head turner
What should one expect from a society that’s been totally warped from Islamic teaching for over 14 centuries? KGS

(MENAFN – Arab News) A Filipino community coordinator in Taif has delivered to the Philippines Consulate in Jeddah a 30-year-old housemaid who fled her sponsor after the woman slapped her.
The sponsor claims the motive for the physical abuse was because the maid is “quite good looking.”
“It was the first time that she was slapped in the face during the three years that she had been working for the family,” he told Arab News on Saturday, pointing out that the maid (who is not being identified by name due to the sensitive nature of the case) holds a degree in elementary education. The coordinator added that the sponsor of the maid, a woman, was also abusing her three-year-old boy who had been wholly raised by the maid.
“Her sponsor was still pregnant with the boy when she came to work for the Saudi family,” the community coordinator said. The woman has five other children.
The maid told Arab News that she fled the house in Taif’s Qarwah district and hitched a ride with a Saudi man who dropped her off at the market in Salamah district. There the woman encountered a Filipino nurse who contacted the community coordinator who helped the maid find her way to the consulate in Jeddah.
A community coordinator is a Filipino who has been designated to liaise between the local Filipino community and the government’s mission in the Kingdom.
Due to the sensitive nature of the position, community coordinators request that their names not be published.