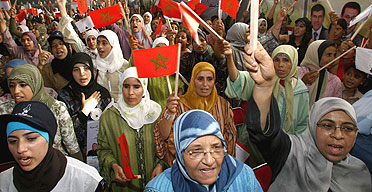 We can’t wait to get our hands on all that jizya!
The Tundra Tabloids just recently posted on the late historian and Leftist icon, Arthur M.Schlesenger, who stated that “in a modern age a nation’s wealth and prosperity is secured by high worker productivity and capital investment, not by the availability of low wage labour.”
Separately, both policies of mass immigration and multiculturalism are highly destructive, incorporating both into one policy to work side by side, is state suicide. Both will bankrupt the state and balkanize it beyond all recognition as the over taxed welfare state devolves into tribalism and segregationalism.
Thanks to Geert Wilders for commissioning the report and pointing this fact out to the good people of the Netherlands, who will most likely show their disgust over the failed mass immigration and multi-culti fiasco in the next elections. KGS

The mass immigration of non-western foreigners Netherlands cost 7.2 billion euros per year. That according to research by economic research NYFER.
NYFER did so on behalf of the PVV faction in parliament. Geert Wilders, leader of the party stepped into the economic research since the government last year “for reasons of principle ‘refused to make such a calculation.
Taxes
The 7.2 billion euros based on a NYFER annual net inflow of 25,000 immigrants and a similar number of offspring.
The research ( conclusions here, pdf ) non-western immigrants make more use of public goods and they pay less taxes and contributions than the average Dutchman.
Pick up
Also they are often on welfare and have more a disability and unemployment. Finally, non-Western immigrants are overrepresented in crime , leading to additional costs.
PVV leader Geert Wilders calls the results of the study “shocking” and “disastrous”. “Here are the billions for the picking,” says Wilders at RTL Nieuws , in view of the cuts made after June 9 to be done.
Wilders calls for a stop immigration for people from Muslim countries, a reduction of migration and the other for ten years exclude new immigrants from benefits .
D66 leader Alexander Pechtold late in a response to the survey know that non-western immigrants’ not merely as a cost “. He reiterated that “people could not be considered as economic goods with a profit and loss account“.
NOTE: If the PVV commissioned report stated otherwise, that the Netherlands was benefiting from the mass influx of Muslim immigrants, to the tune of 7 billion Euros a year (or even just  few hundred million), you could be assured that Alexander Pechtold would be speaking a rather different tune about the economic value (read= goods) of these immigrants.