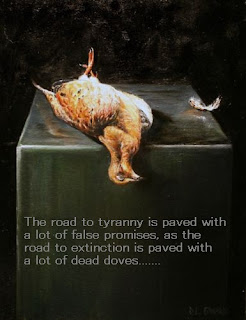 This is the result of number of exchanges between the TT and someone who supports the idea of some kind of “moderation” existing inside the camp of the so called ” Palestinians”. It shows the simple mindedness of the “dove camp” who have failed to have learn from the Oslo years. KGS

The truth be told, your fuddy duddy of an old bureaucrat, Ziad AbuZayyad, doesn’t have any kind of street cred with the Shebaab, he can whistle Dixie all day long, but until he gets a sizable clan to back his behind and enough money to feed the trough that funds the racket called the “Palestinian Authority”,…he is just a talking head that’s allowed to keep his head because he doesn’t pose a risk to the clannish “status quo” that rules the roost in that neck of the woods
There’s no such thing as Palestinian nationalism, the only place where it exists is in the streets of the West, for the consumption of the nit wits who believe that such an entity has existed from time immemorial. You speak a loud game, but the people you mention are not the ones with the guns and the ammo and with the important clans to back them up. You’re being entirely naive, fully green around the gills and not dealing with reality.
I could care less how many Israelis sit down with the few Arabs you can trot out as “proof” that “moderate Palestinians” do in fact exist, the proof of their existence is irrelevant as the existence of “moderate Muslims” in the debate on whether Islam in Europe can in fact co-exist with a liberal democracy. Individual “moderates” mean squat in the larger scheme of things.
You’re seeing things that don’t exist, mirages in a desert, where a well appears but only sand is there to meet your cup. Go ahead, take your fill from the university and think tank wonks who envision peace and moderation where none exist, at least you’ll earn their respect but nothing more. The road to hell is paved with good intentions, but hey, I hope to hell that I’m proven wrong and you are spot on every step of the way.
But bear in mind, for every think tank wonk there’s a road block removed, and a number of Jews dead, I sleep rather well at night knowing that the road blocks are in place, rockets are not being launched from the disputed territories, and that Israel has a good birds eye view of what takes place. It means that both Jews and the Arabs are alive and well.
Your scenario would upset that apple cart, place Israel once again in a position of trusting promises while Europeans and Obama pressure, and the Arabs fail to deliver. Since no tangible evidence exists on the ground that “your guys” thinking carries any weight with the average man on the street and most importantly, with clan leaders, it’s nothing more than fanciful “dream weaving” which should be given the stiff arm.
In closing. As long as the Arabs pose a threat to themselves, (read= violating human/minority rights) they will always pose an exestential threat to Israel. Abbas can’t even keep incitement off the radio or tv. Read all the books you want, but until the Arab leadership, (Tribal-Clan leaders) says enough is enough, we lost the war, lets makes peace,…..Da Var Vil Go On.