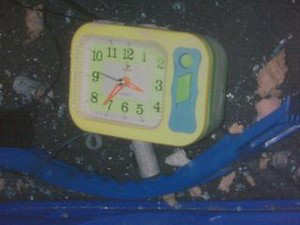 Time bomb in Manhattan
Lets be frank here, the fact that this bomb found its way into the heart of NYC, undetected, proves that that there was a major failure in the intelligence gathering community to detect ahead of time the actions of those responsible. Though the bomb failed to detonate, for the terrorists -who were responsible for the planning, funding, building and eventual placing of that bomb in downtown Manhattan- it will be lauded as a great success, for them, it was just Allah’s will.
Here’s video of the NYC police announcing the identifying of the owner of the vehicle found with the crude batch of explosives and timing device, as well as the finding of video of the person suspected of involvement in the attempted terrorist attack.
According to a book written by an expert on bomb threats, ‘A Guide to Bomb Treat Awareness for Organizations’, by Shamuel Kohen, who has over 20 years experience in the security and investigative field: “While it’s true we cannot predict where and when a bombing is going to happen, what we can do is develop a plan to manage it and reduce the damage and injury.”
According to the author, Shamuel Kohen, one of the basic reasons why a caller would warn of bombing is:
“The caller is simply looking for “target reaction”. Seeing how security responds. This is also extended to seeing how Community responds i.e Police, Government agencies”.
A report from Real Politics published at the Drudge Report underlines the point Kohen makes in his book:

So not only was a call made warning of the bomb, there was also a supposed statement issued indicating that the car bomb itself was not the primary explosion, there was something else planned further down the road. What comes to mind are the double or even multiple explosions that take place with regular occurrence in Afghanistan and in Iraq.
What would naturally appear to be the main or primary explosion, for the sole reason because it happened first, was actually the secondary explosion, that was needed to draw in the various governmental agencies and civilian onlookers.
When one reads Kohen’s book, it becomes amazingly clear that the situation that just took place in NYC Manhattan, could very well be an intelligence gathering operation for the terrorist(s) who monitored the response to the car bomb. Knowing what they did, like in how they secured the area, where they placed the people, in this case, it looked like the police corralled them in about five different places, with people standing in place for extended periods of time.
Don’t be fooled into thinking that the crudeness of the bomb and its failure to go off properly proves the ineptness of the terrorists, they already regard the event as a great success and have more than likely gained enough intelligence from the episode to conduct a more lethal attack later on. 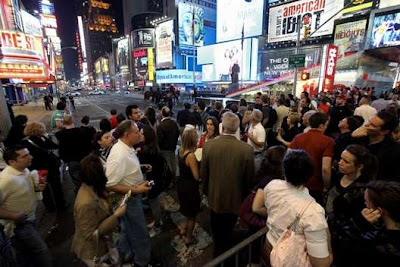 Remember where they corralled the people? That information comes in handy later on when the terrorists use that information to bring the worst havoc upon the city. Yes the NYC police acted promptly, but what they did violated almost every rule in the Israeli handbook, and in Kohen’s book on how to address the situation, one of them being, never seal people into areas where they start collecting.
In Israel, the policy is to allow pedistrian traffic to move at a brisk pace, even through the area that is/was under attack, because more people will die from bombers or bombs placed in the areas near the vicinity of the attack if they stand still. 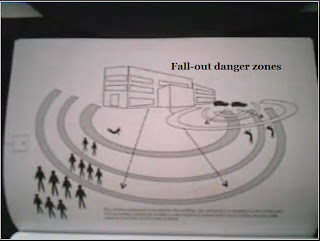 In Kohen’s book, the area in which the police direct the populace is of the utmost importance, in fact it’s crucial, to thwarting any other plans the terrorists might have. Like the book states, “reducing damage and injury” is aim, and it’s the only thing that the authorities can reasonably control at the time.
The above picture taken from the book shows the “Fall Out Danger Zones” showing the range of the explosives and the areas to which people should be directed. The areas in which people where cordoned off from the car bomb was more than likely not checked for explosives.
According to experts in the field, the most damage to occur to pedistrians in a city where tall business buildings loom over head, is from glass shards dropping from above due to small explosions on the ground. This is the reason why keeping people moving is such a great must for law enforcement to comprehend, keeping people bottled up poses an incredible target for the terrorists.
Those are the facts, and the reasons why city police need to keep the risk low to civilians and the response teams, as well as keeping the terrorists guessing on how they will respond to any given incident. This was just a test run, and the next time the terrorists, even if this batch will be caught, will be that much smarter in pulling off their deadly attack. KGS