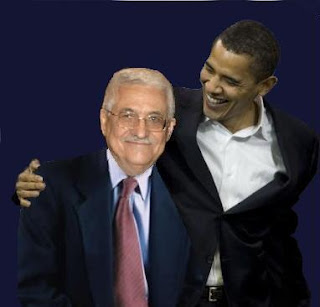 Obama: Did I phrase it right Moody?
Moody: It’s like I drafted it in Ramallah
I’ts not like the supporters of Israel who voted for Obama weren’t warned ahead of time of what kind of anti-Israel shmuck he would turn out to be. The fact that the US left leaning media kept pimping another image of Obama didn’t help either, they both, the Dems and their accomplices in the media walked hand in hand fooling the vast majority of voters.
Now that the mask has fallen, the time for action, not finger pointing, has arrived. The need to offset or repeal the president’s dangerous policies couldn’t be greater, so there has to be a concerted effort in getting people interested in electing the right kind of representatives to congress, that means constitutionalists, and those who support the Jewish state of Israel.
The Obama administration believes that the solving the Arabs’ conflict with Israel is the lynch pin to solving situations around the rest of the Arab/Muslim world, and that is the policy they seem intent on pursuing, but it’s a fools errand. Yes, Israel plays a crucial role in the ME, which is due to her being perceived (and rightly so) as being incredibly strong and invincible, she can’t be allowed to appear as being weak. If that’s allowed to happen, the sharks will smell blood in the water and there will be wars like we haven’t seen in the area since the wars in 67′ and in 73′
The Obama administration is approaching the dynamics to the conflict and the mindset of the region, in a totally back-asswards way, and it’s only going to lead to more bloodshed, with no plus gain in the other problems bedeviling the states in the ME. An Israel perceived as strong and invincible as she did emerging from the 67′ war, and solidly backed by the United States AND Europe, would change the Arabs’ in a more positive way, than if Obama’s policies were to be accepted and implemented.

You can take the Tundra Tabloids’ analysis to the bank, the success of her (Israel’s) future is tied to the continued success of the US and the West’s. KGS

WASHINGTON — It was just a phrase at the end of President Obama’s news conference on Tuesday, but it was a stark reminder of a far-reaching shift in how the United States views the Israeli-Palestinian conflict, and how aggressively it might push for a peace agreement.
When Mr. Obama declared that resolving the long-running Middle East dispute was a “vital national security interest of the United States,” he was highlighting a change that has resulted from a lengthy debate among his top officials over how best to balance support for Israel against other American interests.
This shift, described by administration officials who did not want to be quoted by name when discussing internal discussions, is driving the White House’s urgency to help broker a Middle East peace deal. It increases the likelihood that Mr. Obama, frustrated by the inability of the Israelis and the Palestinians to come to terms, will offer his own proposed parameters for an eventual Palestinian state.
Mr. Obama said conflicts like the one in the Middle East ended up “costing us significantly in terms of both blood and treasure” — drawing an explicit link between the Israeli-Palestinian strife and the safety of American soldiers as they battle Islamic extremism and terrorism in Iraq, Afghanistan and elsewhere.
Mr. Obama’s words reverberated through diplomatic circles in large part because they echoed those of Gen. David H. Petraeus, the military commander overseeing America’s wars in Iraq and Afghanistan. In recent Congressional testimony, the general said that the lack of progress in the Middle East created a hostile environment for the United States. He has denied reports that he was suggesting that soldiers were being put in harm’s way by American support for Israel.
But the impasse in negotiations “does create an environment,” he said Tuesday in a speech in Washington. “It does contribute, if you will, to the overall environment within which we operate.”
The glimmers of daylight between United States and Israeli interests began during President George W. Bush’s administration, when the United States became mired in wars in Iraq and Afghanistan. Three years ago, Condoleezza Rice, then secretary of state, declared during a speech in Jerusalem that a peace deal between Israel and the Palestinians was a “strategic interest” of the United States. In comments that drew little notice at the time, she said, “The prolonged experience of deprivation and humiliation can radicalize even normal people.”
But President Bush shied away from challenging Israeli governments.
The Obama administration’s new thinking, and the tougher policies toward Israel that could flow from it, has alarmed American Jewish leaders accustomed to the Bush administration’s steadfast support. They are not used to seeing issues like Jewish housing in the West Bank or East Jerusalem linked, even by implication, to the security of American soldiers. Some fret that it raises questions about the centrality of the American alliance with Israel, which the administration flatly denies.
“In the past, the problem of who drinks out of whose well in Nablus has not been a strategic interest of the United States,” said Martin S. Indyk, a former United States ambassador to Israel and the vice president and the director of foreign policy at the Brookings Institution. He said there was an interest now because of the tens of thousands of troops fighting Islamist insurgencies abroad at the same time that the United States was trying to curb Iran’s nuclear ambitions.
“Will resolving the Palestinian issue solve everything?” Mr. Indyk said. “No. But will it help us get there? Yes.”

NOTE: To show how far Left the Democrats have shifted, Indyk happens to represent the more “rational voice” within the Democratic party.