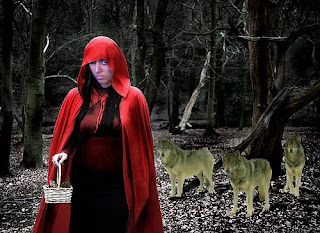 The parents: Take you back to Sri Lanka
better to butcher you there my dear
What do you think of parents who would rather see their daughter a dead Muslim in Sri Lanka, than alive Christian in the United States? That’s what the parents are cooking up if the courts let them have their way. If not for the shoddy attorneys this girl has had the misfortune of representing her, she would be free to pursue her American dream, while her parents are carted off to Sri Lanka. Pamela Geller has been following the case ever since she broke the news of it to the American media last year.  Atlas:

“Unbelievable — Stemberger and his legal eagles threw Rifqa’s real defense under the bus and everyone along with it (he banned Rifqa from talking to her good friend, Pastor Jamal Jivanjee) for special juvenile immigration status.
CAIR and Rifqa’s devout Muslim parents are running the clock on Rifqa. John Stemberger, who is still directing Rifqa’s legal strategy, recently wrote: “No lawyer who understands dependency law agrees that seeking political Asylum in the US makes any sense.…Rifqa’s immigration status can be resolved as a Dependent of the State of Ohio without any Asylum claims.”
Wrong. Rifqa is an apostate, and her life is in mortal danger because the penalty for apostasy is death. Apostasy asylum should have been Rifqa’s safety. They should have applied for it last August or December or March ……….. They should have applied for it yesterday.”

This whole case is about sharia law and apostasy, something that Rifqa’s lawyers have been unwilling to pursue, time to change that strategy right now and quick! KGS

Ohio Christian Convert Fights to Stay in the US

COLUMBUS, Ohio (AP) – A teenage girl who converted to Christianity and ran away from home is being blocked by her Muslim parents from fighting the possibility of deportation, her attorney told a judge Monday in an ongoing custody dispute.
Rifqa Bary, 17, who fled home last year and stayed with a Florida minister whom she met on Facebook, is an illegal immigrant and does not want to be returned to her native Sri Lanka because she fears being harmed or killed by Muslim extremists.
Her attorney, Angela Lloyd, asked a judge to sign an order stating that reunification with her parents is not possible by her 18th birthday in August.
The order would allow Bary, who is in foster care, to apply for special immigration status without her parents’ consent.
Omar Tarazi, an attorney for the parents, objected, telling the judge that he had been unaware of Bary’s separate maneuver to apply to an immigration court. He said the parents previously filed an immigration application for the whole family.
Franklin County Juvenile Court Judge Elizabeth Gill declined to issue the order without first holding a hearing next month. She also declined to remove a gag order that prevents attorneys from discussing the case publicly.
Bary and her parents, Mohamed and Aysha Bary, have agreed to follow a counseling plan drawn up by a county child welfare agency to try to resolve the family’s conflict. It requires both sides to work with individual counselors and to try to attend join counseling.
But a face-to-face meeting remains unlikely any time soon.