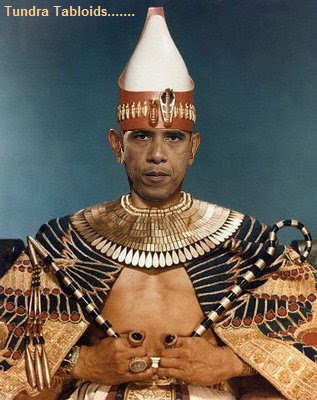 U.S. Slams Israel for Declaring What is Rightfully Theirs

From children of Holocaust survivors:

[The Obama administration criticized Israel Wednesday for designating two Jewish holy sites supposedly on Palestinian territory as Israel national heritage sites but the dumb bastards in the Obama administration seem to forget that Rachel’s Tomb and the Tomb of the Patriarchs are indigenous to the Jewish people and were there thousands of years before the fabricated “Palestinians” fraudulently claimed the territory to be theirs.]

As if Jews needed a reminder about what a modern rendition of “Pharaoh’s heart hardened,” President Obama is providing an example, emphasizing an important lesson: the Egyptian dictator/king was part of the process of liberation and, ultimately, of God’s will and the destiny of the Jewish People.
Despite Obama’s nasty treatment of Israel’s Prime Minister and unreasonable demands, Hillary Clinton’s condemnations and suggestions that Israel is responsible for war crimes, human rights violations and hindering America’s war efforts in Pakistan and Afghanistan; despite Israel’s demonization at the UN and Arab/Muslim boycott and isolation, the Israeli government and the Jewish People are stronger and more united.
In Egypt, three millennia ago, Hebrews (as Jews were then called) not only suffered as slaves, but believed that slavery was their lot. Not yet a people, they had descended to the lowest rung of human existence, spiritually as well as physically; they lived in a state of unconsciousness.
Moses and Aaron awakened Jewish awareness; but it took ten plagues to convince Pharaoh to allow the Jews to leave, a process of realization that involved suffering and destruction, especially for the Egyptians. Had Pharaoh allowed the Jews to leave immediately, there would not have been a revelation of divine power, in contrast to Pharaoh’s phony ego-trip.
Not only was it necessary for Jews to understand that Pharaoh was not God, it was also important for Egyptians. Only when the Egyptian army was engulfed and destroyed was the meaning of The Exodus revealed. But that was only the beginning of freedom.