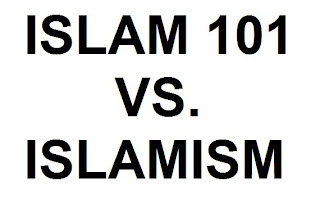 Thanks to Pamela for posting this, Right But Wrong, the argumentation that there is a major difference between Islamism and just plain Islam 101, is a well treaded path filled with good intentions, but full of major pot holes leading to a dead end. The Tundra Tabloids used to believe such a distinction existed, but in reality, it doesn’t, and will lead the US and the West to eventual ruin if people do not make sudden U-turn.
There is an excellent exchange happening between Andrew McCarthy and Jonah Goldberg, and the TT believes that Andrew McCarthy is carrying the day. This is a long overdue debate, and inadvertedly, Glenn Beck, was the catalyst for this by his ignorant claim that Geert Wilders is a “far-right winger” (code for the ridiculous charge of fascism). Take it away Pamela. KGS
Atlas: My hat’s off to Andrew McCarthy at NRO for taking on those on the right, Charles Krauthammer, Jonah Goldberg, Paul Mirengoff and, by extension, Glenn Beck (on Wilders), who are not as smart or informed as they think they are. […] There is much more I can add to misunderstanders of Islam, but the back and forth between Jonah Goldberg and Andrew McCarthy is very instructive. I am grateful McCarthy and taken it on. And while I think McCarthy’s use of Islamism is a useless term — it’s Islam, pure Islam — McCarthy gets it.

Jonah says he thinks Charles Krauthammer’s distinction between Islam and Islamism is not only a practical necessity but “valid on the merits.” Respectfully, I don’t think either Dr. K or Jonah has made a case for how Islam and Islamism differ on the merits. I think they are making a deductive case that (a) because Islamists include terrorists and (b) because most Muslims are not terrorists, (c) Islam must therefore be different from Islamism. But that doesn’t tell us how the tenets of Islamism supposedly differ from those of Islam.
And although one need not be a Muslim to study and understand Islam, it’s worth pointing out that while Charles and Jonah are not Muslims, many of the world’s leading Islamists are Muslims graduated with doctorates in Islamic jurisprudence from al-Azhar University, the seat of Sunni learning. I think non-Muslims who propose that the true Islam is different on the merits from the belief system espoused by scholars who have been steeped in Islam for their entire adult lives have a very steep mountain to climb. That we want Islam and Islamism to be different — and I do — does not make it so.
Read it all.