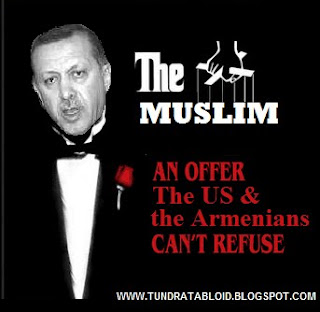 Denying Muslim Turkey’s responsibility for genocide,
will earn you dhimmis our sincere and loyal friendship.

Recep Tayyip Erdogan, the Turkish Prime Minister: [“We condemn this resolution, which accuses the Turkish nation of a crime it did not committ,”] 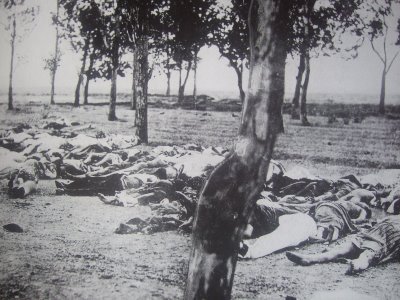 Turkey recalls Ambassador after US vote on Armenia ‘genocide’

One of the worst massacres of the 20th-century came back to haunt international politics yesterday when a powerful Washington panel voted to call the murder of about 1.5 million Armenians in Turkey “genocide”.
After more than three hours of debate, the House Committee on Foreign Affairs narrowly approved a resolution calling on President Obama to “characterise the systematic and deliberate annihilation of 1.5 million Armenians as genocide”.
The vote went ahead despite last-minute pleas from the White House and State Department and triggered a furious reaction from Recep Tayyip Erdogan, the Turkish Prime Minister.
“We condemn this resolution, which accuses the Turkish nation of a crime it did not committ,” he said. As Armenian observers applauded the vote on Capitol Hill, the Turkish Ambassador to Washington was recalled.
The Obama Administration may still be able to prevent a full vote in the House of Representatives but yesterday’s resolution threatened to poison America’s relations with its closest Muslim ally. Washington depends on Turkey for access to northern Iraq and in its regional efforts to isolate Iran.
The vote, with 23 congressmen in favour and 22 against, will also jeopardise historic efforts begun last year to create normal diplomatic relations between Turkey and Armenia.
“We are seriously concerned that this resolution approved by the committee despite all our warnings will harm Turkey-US ties and efforts to nomalise Turkey-Armenia relations,” Mr Erdogan added.
More here.