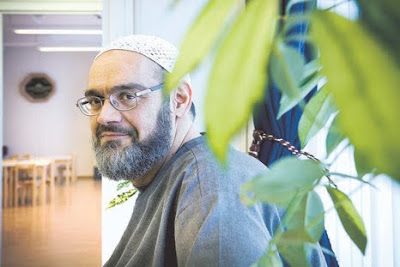 Imam Chehab Khodr, Imam of the Finnish Islamic Center:
“Why can’t a 13 year old be married, why not at 11?”
Whether it’s in India, Pakistan, Yemen or Saudi Arabia, if there’s a little girl wanted by “an Uncle”, she will more than likely be swept away by her relatives to the bridal shop to prepare her nightmare of a wedding, to be followed by her rape and beatings.
That’s the reality of it all, as the “human rights” activists parade around with ex-Gitmo detainees who applaud this kind of barbarism, and the so called “feminists” keep their pie holes shut in fear of being seen as collaborating with those who support Western morals and values. KGS
NOTE: The Tundra Tabloids hopes that the Indian court upholds Indian civilian law over sharia.
Bombay HC to decide if Muslim girl can marry at 14

Mumbai, Feb 16 (PTI) The Bombay High Court will soon decide which of the two — Muslim Personal Law or Prohibition of Child Marriage Act (PCMA) — are applicable in case of the marriage of a Muslim girl who is 14 years of age.
A petition seeking the custody of the 14-year-old girl has been filed before the Bombay High Court by one Zakia Begum, a resident of Aurangabad.
Zakia’s daughter was to marry last December, but her uncle filed a complaint with police, stating that Child Marriage Restriction Act (now replaced by PCMA) is being violated.
Police then took the girl in custody and produced her before Child Welfare Committee. She is now in a remand home.
Zakia moved the High Court arguing that police’s action was illegal because Muslim law allows girl to marry after onset of puberty.