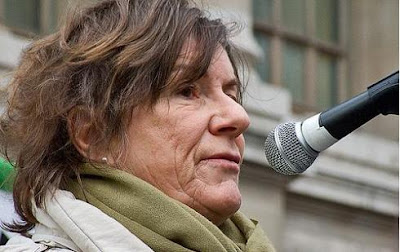 Deep Tonge, patron of the Arabs:

Thanks Israel for all your great work in Haiti,
now lets see how guilty you are in robbing organs

This is the sickest of the sick. There is no depth to their depravity. After all Israel did to help the suffering in Haiti, this moron takes her cue from Arabs she supports, and claims she’s just “interested in seeing that these allegations don’t go any further”.
What this idiot doesn’t tell you is that by calling for an investigating into the obvious blood libel, she helps to give a measure of credence to the claim. It’s an outrageous enough of claim already, there’s no need to compound that idiocy by seeking to investigate it.
But hey, something tells the Tundra Tabloids that she’s highly disingenuous (read = liar) in her claims of being thankfull for the “quick response” by the IDF to the troubled island state. It’s just a thinly veiled attempt to shield herself from appearing the antisemite and the moron that she is. KGS
H/T: Al Avai
Tonge: Investigate IDF stealing organs in Haiti

Baroness Tonge, the Liberal peer, said this week that Israel should set up an inquiry to disprove allegations that its medical teams in Haiti “harvested” organs of earthquake victims for use in transplants.
Her call has been sharply criticised by fellow LibDems, but party leader Nick Clegg has refused to act against her.
The organ theft claims were published last week in the Palestine Telegraph, an online journal based in Gaza of which Baroness Tonge is a patron.
In a statement to the JC, she said the Israel Defence Forces were “to be commended for their fantastic response to the Haitian earthquake”.
But she added: “To prevent allegations such as these — which have already been posted on YouTube — going any further, the IDF and the Israeli Medical Association should establish an independent inquiry immediately to clear the names of the team in Haiti.”
Ed Fordham, the Lib Dem candidate for Hampstead and Kilburn, said: “It’s abhorrent that anyone should suggest that something as perverse and sick as this should be investigated.”
Monroe Palmer, chairman of Liberal Democrat Friends of Israel, added: “Whilst I welcome Tonge’s approval of Israeli actions in Haiti, she is misguided to call for any investigation. On this basis, there could be calls for an investigation to discover the ‘truth’ in the The Protocols of the Elders of Zion.” 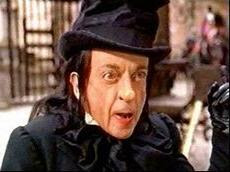 NOTE: Anyone notice the resemblence of “Deep Tonge” with the “Child Catcher” from the Walt Disney movie, Chitty Chitty Bang Bang, or is it just me?