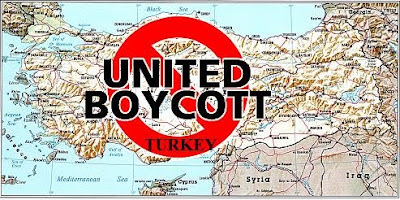 Another reason why Turkey will never join the EU, they’re too poor, too corrupt, too big and too Muslim. KGS

The European Court of Human Rights said it issued 2,395 rulings in 2009, an increase of 27 percent from the previous year, with Turkey and Russia as the biggest offenders, according to annual figures released Thursday.
Judges issued 341 rulings against Turkey, more than 200 of them concerning the workings of its national courts and 30 following complaints of inhuman or degrading treatment.
Russia remained in second place with 210 rights violations, including three for torture and 84 for inhuman treatment – mostly from war-torn Chechnya.
Russia is also by far the biggest source of complaints with 28 percent. The foreign ministry in Moscow says many these relate to conditions in jails and abuses committed by government forces in Chechnya.
The Russian parliament has just voted to ratify a key protocol that allows reforms streamlining the Strasbourg court to go ahead.
The protocol had been blocked by Moscow lawmakers in 2006 amid complaints that the court was anti-Russian.
Europe’s top rights court is battling to come to grips with an increasing workload that soared by nearly a quarter last year. The number of pending cases at the Strasbourg tribunal rose by 23 percent to 119,300, the court said in its annual report.
The European Court of Human Rights, which celebrated its 50th anniversary last year, can be appealed to by 818 million people in the 47-country Council of Europe if they feel their national courts have failed.