Skip to content
Home
/
2010
/
January
/
27
/
Jewish refugees
/
JEWS FLEEING MALMÖ DUE TO RISING ANTI-SEMITISM…….
Facebook
Twitter
Google+
LinkedIn
Pinterest
The Tundra Tabloids had published an interview last year of, Dr.Ami Cammarella, concerning his reasons for leaving France, they are the exact same reasons why the Eilenberg family (and others) are calling it quits in Sweden as well. Antisemitism.
This interview (in Swedish) is related to the previous story about the Mayor of Malmö, who blames Israel for rising antisemitism in Sweden, and stated that Zionism is racism. Here is the reason why Jews are leaving Sweden for the land of Israel. KGS
NOTE: Interesting that haters of Israel use that argument about Israeli politics influencing the Arab street in Europe, though Arab actions in the Middle East against Israel does not result in the same.

*The translation into English is by Google 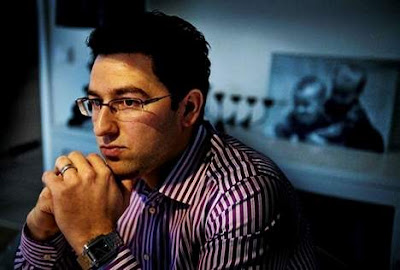 MALMÖ. Of the locals with Jewish background they do not feel safe and more people are choosing to relocate. Skånska Dagbladet has spoken with two families fleeing growing anti-Semitism.
– My children are not safe here. It will only get worse, “says Marcus Eilenberg.
The realitors have come and photographed the house and household goods will be shipped off soon.
Marcus Eilenberg, 32, wife and two small children are about to emigrate to Israel.
To try something new is attractive, but the growing anti-Semitism in his hometown has been the trigger.
– We worry tremendously about the negative trends. There is one major reason that we are moving.
Marcus Eilenberg am optimistic by nature. But not in this case.
– I do not think the hatred will diminish. Quite the opposite, unfortunately.
Malmö’s rulers have failed to create hope for the future for the family Eilenberg.
– Remember that wonderful Sweden can not get my family to feel safe. It is really awful.
Släkten Eilenberg – on the mother’s side – has lived in Malmö since the late 1800s. Grandparents came in 1945, as survivors of Auschwitz. Large parts of grandparents family was murdered by the Nazis.
– Now it’s anti-Semitism here, contributing significantly to that we in turn move.
What finally made them decide to move was the reflection on the children’s future.
– Imagine if my children in 20 years ask: ‘Dad, why didn’t we move? Didn’t you understand where it was all going to end?’
– I play with the idea of going to live in Malmo where, if you can not even prove to be a Jew today?
On the way to the synagogue, the people drove past and shouted “fucking Jew” to Marcus.
He has witnessed how friends have been seriously violated and threatened.
– Say no “death to Jews” to be directed also against me. It goes straight into the heart.
He knows no one who dares to wear visible signs that they are Jews, as Star of David or yarmulke.
Worship services are monitored and there are edicts that never go alone to the cemetery.
– There are many police, of course. But what is not recorded in the statistics is the fear many Jews feel.
He is disappointed in Malmö’s politicians – with Ilmar Reepalu the head – which does not take away from open anti-Semitism.
– Many boundaries have been violated in Malmö, but nothing happens.
Marcus Eilenberg is secular, believe in a two-state solution in Israel and is best jew in the sense that he is in tradition.
– Yet I am regarded as a representative of some aspects of Israeli policy.
Read the rest here.
H/T: Baron Bodissey