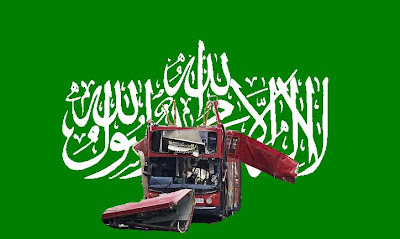 The Tundra Tabloids reported that the UK Muslim Police Union rejects any linkage whatsoever between Islam and terrorism, so you can be assured that they will address this latest threat with a shrug of the shoulders and as much obfuscation as possible. KGS

Britain was put on a heightened terror alert last night.
Home Secretary Alan Johnson raised the official threat level from substantial to severe, meaning an attack is ‘highly likely’.
It is the second highest level on the Home Office’s five-step scale.
Intelligence sources said the decision followed a ‘non-specific’ warning from the CIA that the UK is facing an increased threat from Al Qaeda.
The change in threat level comes days ahead of two major international conferences on Yemen and Afghanistan in London on Wednesday and Thursday.
Foreign ministers including U.S. Secretary of State Hillary Clinton, UN Secretary General Ban Ki-moon and Afghan leader Hamid Karzai will meet in the capital.
The terror threat has not been at this level since July last year.
Mr Johnson insisted there was no intelligence to suggest an attack is imminent, but said the public should be ‘more aware’.