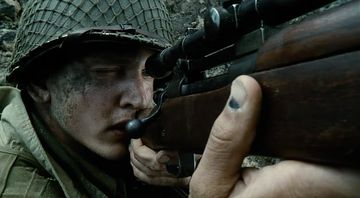 “Blessed be the Lord my strength, which teaches my hands to war, and my fingers to fight. My goodness and my fortress… my high tower and my Deliverer. My shield, and he in whom I trust.”