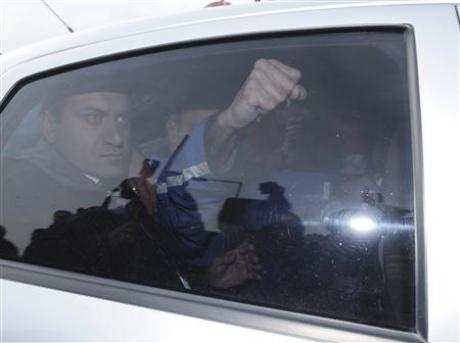 What’s next Mehmet, the Jihad?
The Turk who shot Pope John Paul II gets out of jail.
ANKARA (Reuters) – The man who tried to kill Pope John Paul II, Mehmet Ali Agca, was released from a Turkish prison on Monday, nearly 30 years after the assassination attempt in St. Peter’s Square.
Agca served 19 years in an Italian prison for the attack, before being pardoned on the pope’s initiative in 2000 but was extradited to serve a sentence in his home country for other crimes including the 1979 murder of a newspaper editor.
On his release from an Ankara jail, the 52-year-old failed assassin issued a handwritten statement through his lawyers in which he reiterated claims to be a Messiah.
“I proclaim the end of the world,” he wrote. “All the world will be destroyed in this century. Every human being will die in this century,” he added in the statement, which was signed “The Christ Eternal Mehmet Ali Agca.”
Agca’s motives for shooting and wounding the pope at the Vatican in 1981 remain a mystery. Some people believe he was working for Soviet-era eastern European security services alarmed by the Polish pontiff’s fierce opposition to communism.
Pope John Paul II died in 2005.
Agca left the prison compound in a four-car convoy, obscured behind tinted windows, although he was seen waving as he got into one of the vehicles inside the compound.
The media easily outnumbered about 25 supporters gathered outside the prison for Agca’s release. A pipe and drum band played as Agca left the jail.
He was driven to a military hospital to undergo tests to see if he was fit for military service.
A medical report issued when Agca was briefly released in 2006 before the Supreme Court sent him back to jail, said he suffered from a severe anti-social personality disorder.
“I am expecting him to be released after the military hospital check-up,” lawyer Gokay Gultekin told Reuters.
In a statement issued last week, Agca said he would answer questions on the attack in the next few weeks, including whether the Soviet and Bulgarian governments were involved.