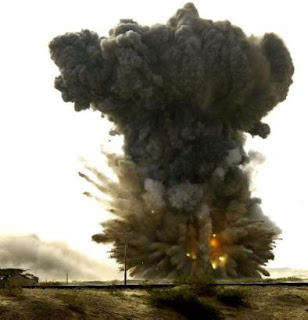 A bomb exploded near a small convoy of vehicles belonging to Israel’s embassy in Jordan on Thursday afternoon.
The cars were making their way to Amman.
No one was hurt in the incident and the vehicles continued to their destination shortly thereafter.
The Foreign Ministry received a briefing on the incident. According to several reports, the ambassador was not traveling in any of the vehicles.
Jordanian security authorities opened an investigation into the blast, which occurred some 20 kilometers from the border crossing at Allenby Bridge.
The Shin Bet (Israel Security Agency) was cooperating with Jordanian security agencies in the investigation.
Due to the high threat in Jordan, embassy employees were put on a 24-hour lock-down, and are not allowed to leave the embassy premises without large security details.
The embassy in Amman is one of the most highly guarded Israeli embassies in the world.
Israeli security services overseas have been on high alert ahead of the second anniversary of the assassination of Hizbullah terror mastermind Imad Mughniyeh in February 2007 in Damascus.
A number of attempts by Hizbullah to avenge Mughniyeh’s death have been thwarted, including a plot to bomb Israel’s Embassy in Baku, Azerbaijan last year.
As report recently in The Jerusalem post, the defense establishment is concerned that Hizbullah would make an effort to strike an Israeli target ahead of the anniversary of Mughniyeh’s death.