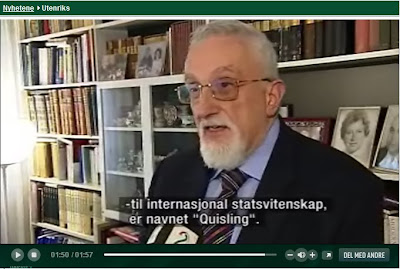 Dr.Manfred Gerstenfeld: I am very grateful that
Harald Stanghelle is finally using my talking points
This only gets more interesting. From the excellent >Norway, Israel and the Jews blog (NIJ), is the following report that you all might find rather interesting. Norwegian elites are either impervious to being fools, or simply forgetfull of their nonsenical views. KGS