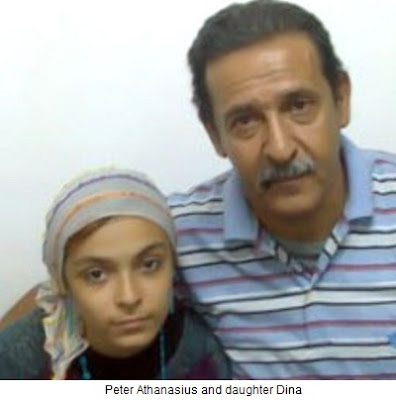 Obama in Cairo: “And I consider it part of my responsibility as President of the United States, to fight against negative stereotypes of Islam where ever they appear.”
Getting involved with apostates from Islam would be the virtual fly in the ointment for the US president who feels its his responsibility to protect Islam’s image. The Tundra Tabloids would be greatly surprised to see Obama moved to action by the pleas of this family, but would nonetheless, love to be proved wrong, and see the White House get involved in bringing the family to the US.
Since the Obama administration has refused thus far to weigh in on the Rifqa Bary case, a situation taking place in his own backyard, the TT finds it rather unlikely that he’ll get involved. Since he believes that he’s the president of the now “formerly Christian” United States of America, and intent on promoting the myth of a peaceful Islam, “and never will be at war with it”, don’t hold your breath on his getting involved in cases of apostacy from Islam. Not on his watch. KGS

Cairo (AINA) — 15-year-old Egyptian girl Dina el-Gowhary, who converted from Islam to Christianity, has sent a plea to President Obama, complaining of mistreatment by the Egyptian Government and asking for his mediation. “Mr President Obama,” she writes, “we are a minority in Egypt. We are treated very badly. You said that the Muslim minority in America are treated very well, so why are we not treated here likewise? We are imprisoned in our own home because Muslim clerics called for the murder of my father, and now the Government has set for us a new prison, we are imprisoned in our own country.”
The handwritten Arabic letter, posted on Coptic websites, also says “I am 15 years old but I still have hope that my message will reach President Obama.”
The el-Gowhary family was barred from leaving Egypt on September 17, 2009 without any legal reason. They were told, however, that the order came from a higher authority (AINA 9-26-200).
Dina, is the daughter of 57-year-old Maher el-Gowhary, also known by his Christian name Peter Athanasius, who embraced Christianity secretly 35 years ago. In August, 2008 he filed the second ever lawsuit of a Muslim-born Egyptian against the Egyptian Government to officially alter his identification documents to reflect his new Christian identity. He lost the case in June 2009. According to the Court ruling, the religious conversion of a Muslim is against Islamic Sharia law and poses a threat to the “Public Order” in Egypt. (AINA 6-16-2009). He appealed the ruling.
Maher and Dina have been living in hiding ever since he filed his lawsuit because Muslim clerics have called him an apostate and several Fatwas (religious edicts), for ‘spilling his blood’ have been issued. He frequently changes where he lives to evade being killed, and friends supply him with food. “We cannot sleep, eat or go out in the street,” he said. He believes that the authorities are putting pressure on them (he and Dina) to re-convert back to Islam, “but this will never happen, even if we have to live on the streets. We love our Lord Jesus, and we have left Islam for good.”
The International Humanist and Ethical Union (IHEU), in conjunction with Copts United, presented el-Gowhary’s case to the UN Human Rights Council in its 12th session in September 2009.
Maher visited the Canadian Embassy to see if he can get religious asylum. He found an Egyptian receptionist there in her Hijab, so he left. The Egyptian staff at Western embassies in Cairo are under the control of State Security.
Maher lashed out today at the Egyptian Government, asking for his Egyptian nationality to be taken away if it is the reason why the Government is adamant on depriving him of his basic rights as an Egyptian citizen. He told Copts United “if the Egyptian nationality is the cause of my imprisonment within my home and being unable to move, then I do not want it.” He added that it would be more honorable for him to hold the nationality of any other country rather than the Egyptian one “Where I live together with my daughter suffering imprisonment within the walls of my apartment and without any freedom.”