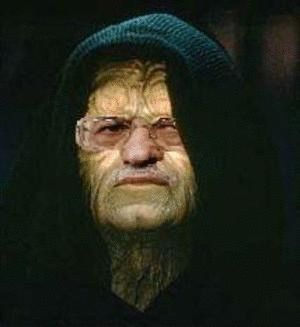 Fake president ABBAS:
The PA is fake construct anyways
Finally something that resembles the truth from the leader of the what has become to be known as the PA. End it’s miserably fake existence, and give a limited form of autonomy or reunification of some parts of traditional Judea and Samaria with the state of Jordan and be done with them. But of course it’s up the Jewish state on what course of action to take, but one thing is for sure, a second “Palestinian state” is no longer a vialble option.
There has to be an already sovereign state in control of those Arabs that remain in areas no longer under Israeli control, they cannot govern themselves, after having almost twenty years to do so. They never were a people to begin with, being a mish mash of Arabs hailing from all over the Levant. The Gazan Arabs have more in common with their brothers in Egypt than with the Arab cousins living in Judea and Samaria, who are really Southern Syrians and Jordanians or hail from elsewhere in the region.
Palestine denotes an area, not a people, in the exact same way Scandinavia denotes the Nordic region, not a specific “Scandinavian people”. There is no such things as a distinct Scandinavian people any more then there is a disctinct Palestinian one. It’s all a fake construct from the very beginning, starting from the 60’s, during the time the Soviet Union held a major shaping hand in the region. Time to end the nonsense, and let the Arabs return to their own areas and leave the Jews alone. End of story. KGS
Abbas threatens to dismantle PA
Palestinian Authority President Mahmoud Abbas is considering dissolving the PA and declaring the failure of the peace process with Israel, PA officials in Ramallah said over the weekend.
Abbas was now waiting to see if the US and other parties would exert enough pressure on Israel to stop settlement construction and recognize the two-state solution before he makes any decision, the officials said.
In his televised speech on Thursday, in which he announced that he has “no desire” to run in the upcoming presidential election, Abbas said that he would also consider taking “other measures” in the future, but did not elaborate.
He was “threatening” to dissolve the PA in protest against Washington’s failure to support his demand for a complete freeze of settlement construction as a precondition for the resumption of peace negotiations with Israel, the officials
[…]
Abbas has come under pressure from some world leaders and his loyalists to withdraw his decision to drop out of the race, his aides said. “In light of the growing pressure,” Abbas may have to reconsider his decision, they said.

NOTE: The world has never been more visibly naked as with this statement. in emboldened print.