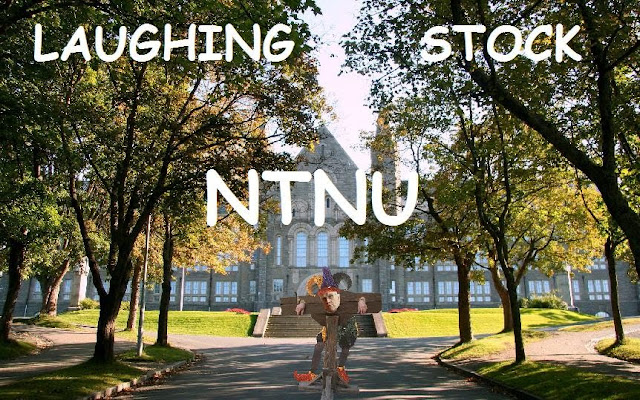 Rector Torbjørn Digernes
digging in his heels at NTNU- Norway
Over at Norway, Israel and the Jews blog, Norwegian Parliamentarian, Hans Olav Syversen, from the Christian Democrats, is reported to have observed that: “Somebody has to do something about NTNU in Trondheim so they do not make themselves into fools over a proposal of academic boycott of Israel.”
The university is already becoming well known around the world as “the univeristy of hate”, and now it’s being warned that NTNU risks being singled out as the “laughing stock of academia” as well! KGS

Dagenmagazinet, paper edition, on Thursday October 29th (Unauthorized translation):
Somebody has to do something about NTNU i Trondheim so they do not make themselves into fools over a proposal of academic boycott of Israel.
Parliamentarian Hans Olav Syversen (Christian Democrats – KrF) is upset over how the board at NTNU, on November 12th, is to discuss a cultural and academic boycott of Israeli teaching institutions.
-The university itself has initiated a seminar series on the Middle East conflict because they believe in the importance of civic responsibility and and being active in this field. This they have done by being strongly biased throughout the seminar-series.
– They themselves are saying that they intend to assume civic responsibility and put the Middle East on the agenda, at the same time as they are to boycott one of the few functioning democracies in the region.
– I would like to hear how NTNU makes this go together, says Hans Olav Syversen.
Read it all here.