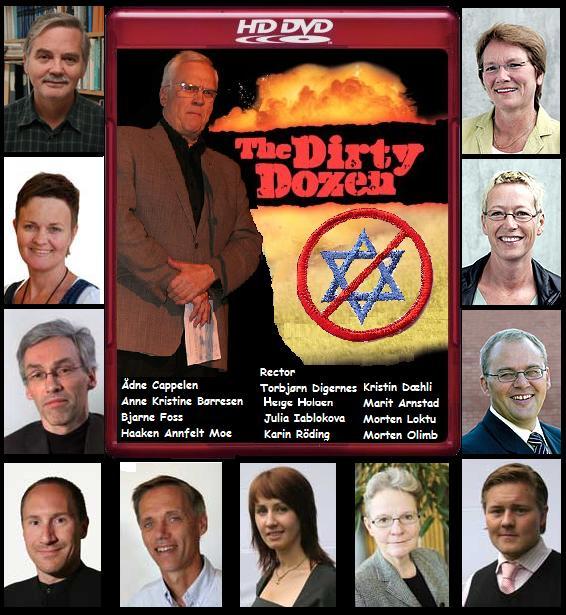 NORWAY’S NTNU BECOMING FAMOUS
BUT NOT FOR SCHOLARLY EXCELLENCE

Norway university to vote next month on boycott of Israel

The university of Trondheim in Norway may become the first university in the West to adopt an academic boycott of Israel, if a majority of its board votes in favor of the move at a meeting on the subject next month.
Three days prior to the November 12 vote by the board of the Norwegian University of Science and Technology (NTNU), the institution will host a lecture on Israel’s alleged use of anti-Semitism as a political tool.
The lecture, by Prof. Moshe Zuckermann of Tel Aviv University, is part of a controversial six-session seminar on Israel that is comprised entirely of Norwegians and Israelis known for highly critical attitudes toward Israel.
Prof. Morten Levin, an NTNU lecturer and member of the seminar’s organizing committee, set up the series of lectures – which also featured Ilan Pappe and Stephen Walt – with Ann Rudinow Saetnan and Rune Skarstein. All have signed a call for an academic boycott of Israel.
In a letter this week to Norwegian Prime Minister Jens Stoltenberg, the Simon Wiesenthal Center’s director for international relations, Shimon Samuels, called the seminar “a new stage in Norwegian incitement to Jew-hatred” and “outrageously anti-Israel bigotry.”
According to a scientist working at NTNU who spoke to Haaretz on condition of anonymity, the idea of holding a vote on boycotting Israel was modeled on the campaign run by Sue Blackwell, a leading proponent of an academic boycott of Israel in the United Kingdom.
A group of pro-Israel employees of NTNU are currently looking for ways to prevent the boycott from being adopted, drawing on the legal reasoning that in 2007 prompted Britain’s University and College Union – of which Blackwell is a prominent member – to nix plans for a boycott of Israel.