The Tundra Tabloids stated almost two years ago that the National Intelligence Estimate (NIE) report -that was being widely touted here in Finland as *the* definitive report on whether Iran was busily working or halting its nuclear arms project- was not what it appeared to be.

The TT stated back then, that, Juhana Lepoluoto, from the central Finland newspaper KS, was over optimistic and naive to believe that the NIE report was indeed the smoking gun (in reverse) that proved the US (in 2007) was once again sounding the war drum in vain, this time against Iran. The foreign news journalist put it like this: 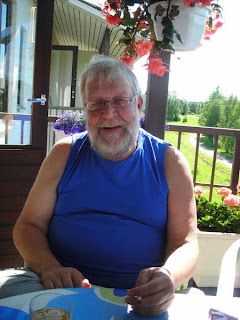 Juhana Lepoluoto:
(December 2007) :”Iran’s nuclear program was moving step by step, as a reason for war, a casus belli. Last weekend a lot has changed. An assement based on as many as 16 different sources was published in the United States  by the Central Intelligence Agency to represent a joint national intelligence estimate on Iran. It is estimated that Iran had put its nuclear weapons program on ice as early as 2003. If the program is to be rebooted for some reason, it would take at least two, but probably a lot more years to complete the first bomb.”
The only thing that was proved, was that this Finnish journalist is very superficial in the way he understands the workings of the Middle East and untrustworthy dictatorships. It’s refreshing to know that yet again, the Tundra Tabloids called it right, and the Keskisuomalainen got it wrong. Not that the TT is surprised by it. KGS
Intelligence Failure – by Alan M. Dershowitz

In December of 2007, I wrote an article about the National Intelligence Estimate that had just concluded that Iran had abandoned its nuclear weapons program back in 2003. The immediate effect of this Pollyannaish report was to diminish the need for tough sanctions against Iran and to take the military option off the table.
We now know that the conclusion reached in the report was categorically false and that those who issued the report knew it was false. I titled my December 2007 article “Stupid Intelligence,” because, as I argued, its author had fallen hook, line and sinker for a transparent bait and switch tactic employed by Iran.
“The tactic is obvious and well-known to all intelligence officials with an IQ above room temperature. It goes like this: There are two tracks to making nuclear weapons: One is to conduct research and develop technology directly related to military use…[T]he second track is to develop nuclear technology for civilian use and then to use the civilian technology for military purposes.”
It was clear to many perceptive readers of the report, and to most other intelligence agencies, that Iran had simply and deceptively opted for the second track, and had certainly not abandoned its nuclear weapons program.
It now turns out that at the time this “stupid intelligence” estimate was released, our intelligence agencies were aware that the Iranians were building a secret military facility buried deep in the mountains near the holy city of Qom.
The United States recently disclosed the existence of this facility (after Iran was forced to acknowledge its existence) and concluded that it could be used only for the development of a nuclear weapons program. If the intelligence community knew then what they know now, then its 2007 National Intelligence Estimate was not only stupid. It was dishonest.
It seems clear in retrospect, as it seemed clear to me at the time, that those who released this deeply flawed report had a political agenda. As I wrote two years ago:
My own view is that the authors of the report were fighting the last war. No, not the war in Iraq, but rather what they believe was Vice President Cheney’s efforts to go to war with Iran. This report surely takes the wind out of those sails. But that was last year’s unfought war. Nobody in Washington has seriously considered attacking Iran since Condoleezza Rice and Robert Gates replaced Cheney as the foreign policy power behind the throne.
Whatever the agenda was, it is improper – indeed it is illegal – for intelligence agencies to try to influence policy through a hidden agenda. Their job is to report truthfully to the elected policy makers so that they can make policy.
The time has come to withdraw the false and dangerous 2007 report, to admit it was wrong, and to substitute an intelligent, honest, objective and up-to-date report on how close Iran now is to being able to construct a deliverable nuclear bomb. The issue of how to deal with the threat posed by an apocalyptic, terrorist nation about to obtain nuclear weapons is too important to be left to politicized intelligence agencies with hidden agendas.