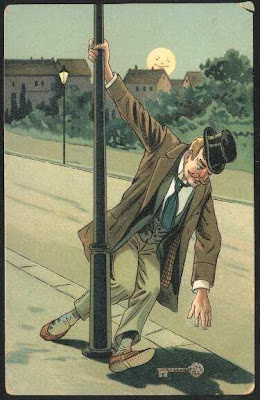 Ahh, just where I knew it would be!For starters, Naomi Klein is a lying scumbag who purposely misquotes the late great, Milton Friedman, while lying just about everything in between, in order to pimp her stupid socialist hand book, The Shock Doctrine.She is also a lying scumbag where Israel is concerned as well, which brings the Tundra Tabloids to the next story. Naomi Klein gets a royal slap down by film producer, Robert Lantos, who has had more than enough of the stupid, verbal masturbation that parades itself as serious discourse from likes of people like Naomi Klein. She personifies the anti-intellectual jet-set who think they know how to solve all the problems of the world, which usually start with Israel as being their jump off point in their quest in righting all of the wrongs of the evil West. What a maroon. KGSH/T Barry Rubin

There’s justice, and then there’s propaganda

The TIFF protest is at odds with our society’s fundamental values: freedom of expression and freedom of individual choice

I am not a professional agitator and I don’t write political missives for a living. I am a filmmaker, however, and I have a very long history with the Toronto International Film Festival, which I have had the honour of opening 10 times. I write this from the set of Mordecai Richler’s Barney’s Version, whose hero, Barney Panofsky, would undoubtedly share my view: Enough is enough!

There is a difference between most people and professional propagandists. The latter serve their cause by repeating a false statement of “fact” so often and with such emphasis that decent people think there must at least be a modicum of truth to it.

This age-old but effective propaganda technique has, as of late, given rise to such blatant falsehoods as “Israeli apartheid,” or, to quote Naomi Klein’s open letter to TIFF last week, “The city of Jaffa [was] Palestine ‘s main cultural hub until 1948.” This seemingly factual statement fails to mention the detail that there was no such thing as Palestine prior to 1948. The city of Tel Aviv was founded in 1909 in what was then a Turkish colony, later a British colony and once upon a time a Roman colony, consisting of lands from which the indigenous Jewish population had been forcefully – though never fully – evicted.

The headline of last week’s open letter, protesting the focus on films by Tel Aviv filmmakers, was “No celebration of occupation,” which incorrectly implies that Tel Aviv is occupied territory. We are not talking about the West Bank or the Golan Heights here, but the biggest population centre in the heart of Israel , where the first neighbourhood was built in 1887. If that is disputed territory, then Ms. Klein and her armchair storm troopers are clamouring for nothing short of the annihilation of the Jewish state. They are effectively Mahmoud Ahmadinejad’s local fifth column.

The Toronto festival is showcasing movies made by filmmakers from Tel Aviv. This foul and coercive attempt to disrupt the display of their talent simply because they are citizens of the Jewish state is not just an Israeli issue. It is a Canadian issue. It is an assault on our most cherished values, on the very reason why my family chose to immigrate to this country. In Canada , we hold our freedom of expression sacred. Filmmaking is free of political censorship and festivals are free to program whatever they wish.

TIFF’s independence was hard won. In 1978, when my first movie, In Praise of Older Women, was shown at the opening-night gala, the Ontario Censor Board attempted to prevent it from being shown, demanding cuts. The fundamental logic of censorship is premised on the principle of in loco parentis: that the censor knows better what’s good for people than they know themselves. We defied the censors and my film was shown uncut. In the 30 years since, the festival has operated without interference or sanctions. Until now.

I don’t hold with the lashing of women for the “crime” of wearing trousers, but I don’t believe the festival should boycott films from Malaysia . I’m not a fan of Iran ‘s dictatorship, but that doesn’t give me the right to demand the festival cancel Iranian film screenings.

Ironically, the boycott Tel Aviv affair began over filmmaker John Greyson’s decision to withdraw his short documentary Covered to protest the presence of Israeli films. His film documents the disruption, by local homophobes, of the Sarajevo Queer Film Festival.

As Mr. Greyson, Ms. Klein and their mob know perfectly well, Israel is the only country in its region where a film like his could be made and shown without government interference, and where no one is persecuted or discriminated against because of his or her sexual persuasion. The protesters obediently kowtow to the party line of autocratic regimes and terrorist organizations who would not hesitate, given the opportunity, to dispatch Mr. Greyson and his film to a painful fate, which regardless of our differences, I would not wish on anyone.

Let us be clear. If Ms. Klein was truly interested in justice, she would be alarmed by the screening of films from countries such as China and Iran , where civil liberties are in short supply. She would be marching in front of the theatre showing the film from Malaysia . But their crusade is against a tried and thoroughly tested target: Jews. Today, it is Jewish filmmakers from Tel Aviv who are in their sights, but their ultimate objective is far more ambitious and devastating.

So I repeat – enough is enough. Their brand of censorship is at odds with our society’s fundamental values: freedom of expression and freedom of individual choice. Incitement like theirs has no place at TIFF.