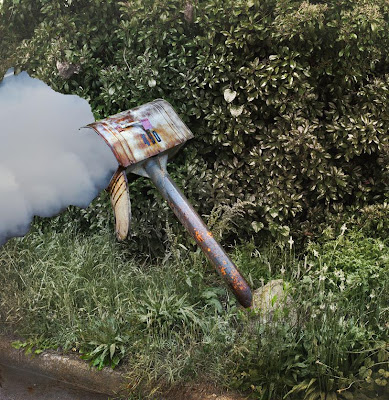 The pretzel headed logic of an anti-Semite

It’s always been a Tundra Tabloids tradition to reprint some, but not every, of the more mentally challenged comments that reeks of anti-Semitism, in order to show how stupid their claims are. The light of day is the best detergent for hate mongering. In response to the post Cross Dresser in Dubai Gets Pinched by the Police……., where the TT states the following:
“It’s a fact. If this would have happened in Israel (don’t worry it won’t, Israel protects its minorities) there would be people screaming in the streets about Israel being a human rights violator. Dubai discriminates against its minorities and the world yawns.”
The anonymous (typically) commenter states the following:

“Is this the same Israel that for the last 60 plus years has been committing genocide on the Palestinians? Who just last Xmas killed thousands and thousands men women and children.Yes they(Israel)do “protect minorities” and will cry for crossdressers, homosexuals,and the pervert’s rights. Because they push anti-family perversion and confusionon the world.Hollywierd is their primary weapon to transmogrify the unsuspecting sheep into(Golem)Goyim SLAVES!”

To show everyone how ridiculously stupid and lame the claim of “genocide” is, where the Arabs (who are wrongly referred to as Palestinians) are concerned, their population continues to expand. As for Operation Cast Lead, children are used by Hamas terrorists as runners and participants in the fighting, that’s the final product from the yearly “Summer Camps” that these Arab children have been indoctrinated in. The truth be told, the overwhelming majority of the Arabs killed in Gaza were armed combatants with many of children killed being a part of the conflict. It’s also a well known fact that the figures for those killed in Operation Cast Lead flucuate according to which side is presenting them (the Israeli figures are the most trustworthy), but both sides agree that the number of those killed is anywhere between 1100-1400 people. But once again, the overwhelming majority of those killed were armed combatants. This intellectually challenged commenter is just spouting off Arab propaganda talking points without a care in the world as to whether they contain an ounce of truth. They don’t.As for the rest of nonsense, glad to see he/she admit that Israel does in fact protect its minorities, but interestingly enough fails to see that “Hollyweird” is a bastion of secular Jews and Christians, and that the overwhelming majority of the people who support “Hollyweird” at the ticket office and by watching it’s TV programming…. are non-Jews.So like the drug trade, those who support the entertainment industry are the ones ultimately responsible for the continuation of its secular programming, no one is forcing people to “turn on” the tube. Instead, the anti-Semite commenter should be railing against secularism and the Leftists who make up the majority who promote its values, or at least about the downside of some of those values, not against Jews. But lets face some facts about Anti-Israel anti-Semites:The ‘HATE ISRAEL’ crowd gives little notice to the far worse things happening in this world, like the Arab League state of Sudan and its continual rape and murder of Darfur.

The ‘HATE ISRAEL’ crowd prefers rather to focus exclusively on some of Israel’s imperfections, while it turned a very blind eye to Saddam Hussein’s rape rooms, that continued to work overtime until he was overthrown by the US.

The ‘HATE ISRAEL’ crowd would rather support a the cruel dictatorship ‘thugocracy’ of Arafat, than support a fellow democracy in Israel, that supports womens and protects gays. A democracy where the ‘just mentioned’, may find refuge from violence and the fear of death in their own Arab societies.

The ‘HATE ISRAEL’ crowd champions the right for self determination for anyone else…. but Jews.

The ‘HATE ISRAEL’ crowd is nothing more than group of frustrated anti-Semites wrapped in the politically correct clothes of ‘anti-Zionism’, who lack the moral clarity needed to distinguish between right from wrong. KGS