Skip to content
Home
/
2009
/
May
/
28
/
Uncategorized
/
US Media Watch Group CAMERA Quotes Bat Ye’or About Dhimmitude and Jihad…….
Facebook
Twitter
Google+
LinkedIn
Pinterest
This is one organization that understands
what Islamic supremacy is all about

The US media watch organization, CAMERA, gets it right in their latest report about the US based magazine, National Geographic, which published an article by Don Belt, that drew the attention of the reader towards the exodus of Christians from Palestinian controlled areas in the disputed territories, whose exodus is solely due to both Israeli and US policies.CAMERA correctly points out the role Islam has played in driving these Christian Arabs from their homes, and most notably, the report correctly refrained from couching the situation as being one of “radical Muslims disturbing the traditional good relations between Muslim and Christian communities.” Such a scenario is non existent, it’s all about Islam, pure and simple.CAMERA draws upon the expertise of the noted scholar on dhimmitude, jihad and Islam, Bat Ye’or, and quotes from her seminal work, The Decline of Eastern Christianity Under Islam: From Jihad to Dhimmitude, to prove that Islam has a long history of subjugating and/or driving out Christians and Jews from Muslim conquered lands. 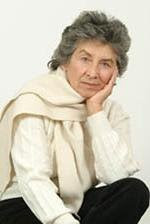 CAMERA: “While Ye’or is careful to explain that the subjugation of peoples and faiths was part and parcel of life in the Middle East at the time and that offering conquered peoples a chance to convert to Islam “curbed the barbarity of war,” she also makes clear that Christianity declined under Muslim conquest in the region conducted under the rubric of jihad, or holy war against non-Muslims.”The whitewash by Don Belt and National Geographic of Muslim/Islamic involvement in the continuing exodus of Christian Arabs from the disputed territories, is a gross inversion of the historical record. Thanks to CAMERA for putting the record straight, as well as to Bat Ye’or for her thorough scholarship in bringing these facts about Islamic history to the light of day. KGSNational Geographic blames Israel
for Christianity’s Decline in Middle East

In reality, Arab Christianity began its “long, steady retreat” into minority status hundreds of years before the European crusaders ever set foot in the Holy Land. As Bat Ye’or and other commentators have documented, the process of forced conversion and subjugation of Christians in the Middle East began soon after the death of Mohammed in 632. Ye’or writes that after unifying the Arabian Peninsula under Muslim rule, Abu Bakr, Mohammed’s successor, brought war to non-Muslims, including Christians, outside Arabia. […]Instead of acknowledging this history, Belt portrays early Muslim history as a time of tolerance, describing the Levant’s history of “coexistence between Muslims and people of other faiths, which dates from the earliest days of Islam. When the Muslim Caliph Omar conquered Syria from the Byzantine Empire around 636, he protected the Christians under his rule, allowing them to keep their churches and worship as they pleased.”