Cairo, 21 May (AKI) – An Egyptian business tycoon and a former police officer have been sentenced to death for the murder of Lebanese pop singer Suzanne Tamim. The singer was found dead in a luxury apartment in the emirate of Dubai in July 2008 and the case shocked the Arab world.Hisham Talaat Moustafa, the former chairman of Egypt’s top real-estate developer Talaat Moustafa Group, and former police officer Mohsen al-Sukkari will be hanged for ordering and carrying out the murder of Tamim. Talaat Moustafa, who is alleged to have had an affair with Tamim, is reported to have ended the relationship with her months before the murder. He was accused of paying Sukkari two million dollars to stab Tamim to death.”Until now I still believe that Talaat Moustafa is innocent,” said lawyer Samir al-Shishtawi, quoted by Arab TV network al-Arabiya. “The evidence we have is strong and the ruling of the court is severe.” “We are going to take the case to the appeals court and we are confident the ruling will be overturned,” he said. 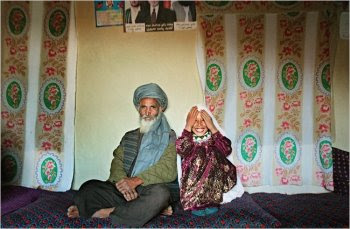 A Muslim mother who forced her two daughters to marry their cousins in Pakistan has been jailed for three years and ordered to sign the Sex Offenders’ Register. She told her elder daughter that if she didn’t have sex with her new husband, she would tie her to the bed, blindfold and strip her, a court heard. The woman, from south Manchester, also said she would be there to make sure the marriage was consummated. She cannot be named to protect the teenage victims.
She was convicted of inciting or causing a child to engage in sexual activity; two charges of arranging or facilitating the commission of a child sex offence; and two of intending to pervert the course of justice. She had denied all charges. Judge Clement Goldstone QC ordered that she sign the Sex Offenders’ Register for life and told her: ‘You have absolutely no idea of the enormity of what you have done or its effect upon your daughters.

‘Forced marriage is cruel – it deprives children, your children, of their basic human rights. It must, and will, be distinguished by the courts from arranged marriage, which is conventional in many religions and societies.’

Funny how the politically correct howl at those who point out Islam’s role in the propagation of pedophilia in the Islamic world, they must not read the paper on those days when its being reported. KGS