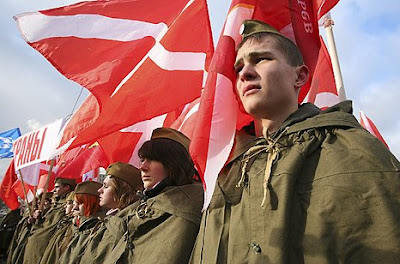 A book release and symposium in Helsinki today, is set to draw protesters from Russia, Estonia and Finland, to demonstrate their disapproval over a book by Sofi Oksanen and Imbi Paju, concerning the Soviet occupation of Estonia, and the deportations of ethnic Estonians to Siberia after WWII.
What the Tundra Tabloids has ascertained about the Nashi (Naši) movement, is that they are a virulent anti-American, pro-Russian nationalist group that advocates a strong Russia that came into being with the help of the Putin government as a direct response to the Ukraine Orange revolution;
“in which youth-led street protests helped give the presidency to pro-Western candidate Viktor Yushchenko” (Wiki).
What is of extreme interest are the ideologies the Naši-movement (even their name sounds familiar) is aligning itself with -in the name of fighting racism and Fascism- while being an unabashed nationalist movement with ties to Russian communists. According to Helsingin Sanomat, the pro-communist organization, Kominform, posts the Nashis announcements in their Yahoo-group email alerts.
Here is the website of the Finnish Anti-Fascist Committee, SAFKA, one of the groups of “anti-Fascists” that are planning to attend the demonstration. The website says that SAFKA has awarded Finland’s highly esteemed former ambassador to the UN, Max Jakobsson with “Misanthropist of the Year 2009” award for being an anti-Russian propogandist. 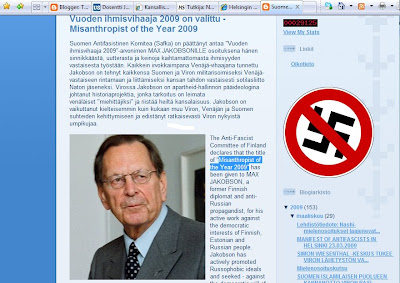 Max Jakobsson is not only highly respected in Finland for his service to the Finnish state as a senior Foreign Office offical, he is also a highly regarded historian and scholar in his own right. The attack against Jakobsson as being anti-Russian is laughable, and as one of Finland’s most high profile Jewish Finns, being linked to Fascism, racism and bigotry by these clowns is an outrage. 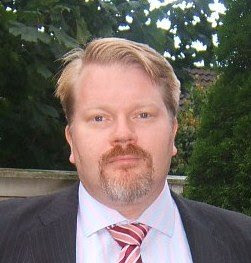 Enter Johan Bäckman, a Finnish academic who holds a doctorate in political science and is a lecturer at the University of Helsinki, who happens to be one of the key principal characters in this unfolding drama.Bäckman has been at the center of stirring up anti-Estonian sentiment here in Finland for some time now, with his most noticeable attempt being the demonization of the Estonian government, for its removal of the Bronze Soldier monument from the center of Tallinn to a quiet, but respectful place within the country’s military cemetery.As proof of Bäckman’s propaganda stunt, this “academic” still refers to the monument on his blog that’s dedicated to the event, as having been destroyed, when in reality it has been only relocated.The Tundra Tabloids exchanged a few emails with the academic last year, in trying to bring to his attention that the monument is not destroyed as he falsely claims, but entirely in one piece in Estonia’s military cemetery. It was to no avail. It was like trying to prove to a 9/11 “Truther” that 19 Saudis/Muslims affiliated with Al-Qaida Islamic terrorist organization were solely to blame for attacking the WTC and the Pentagon, not the US government.Bäckman is now running for the Euro-parliament elections, and on his blog which is online at the Uusi Suomi news website, he makes the claim that the Simon Weisenthal Center in Jerusalem has given its seal of approval to the demonstration to be held in Helsinki today.Johan Bäckman: “Dr Ephraim Zuroff , Director of the Simon Wiesenthal Center in Jerusalem, supported the demonstration by the Finnish, Estonian and Russian anti-fascists, against the history seminars organized by the Estonian embassy”.But the Tundra Tabloids has credible sources that say Israel’s relations with the Estonian state couldn’t be better, but the same source also says the Simon Weisnthal Center, did in fact issue the statement, (update, see below) which makes this a case of the SWC being hoodwinked. In the TT’s opinion, the support by the SWC is a knee jerk reaction to those who say they are rallying under the banner of “anti-fascim”. It’s a very bad move, and something that the SWC should seriously reconsider.Johan Bäckman is grandstanding, and it says a lot about the standards of the Helsinki University to have such an academic on its staff that is so cavelier with the facts. Actually Bäckman invents them. Check out his usage of the word “antifada” to describe the actions of some of the Russian minority in Estonia to the removal of the “Bronze Soldier” monument. He also supports allowing some forms of sharia law in Finland. 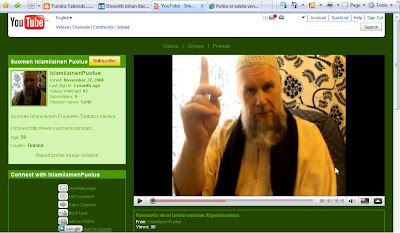 “The FIP and the Fascist anti-Fascists are one”

Johan Bäckman is also keen to point out that the Finnish Islamic Party is also involved in the demonstration, with Abdullah Tammi joing ranks with Bäckman, the Nashis and the rest of the Fascist anti-Fascists in their campaign against the Estonian state.
FIP: “The Finnish Islamic Party expresses its concern over the Republic of Estonia’s fascism and racism and for the administration’s violation of human rights and apartheid policies. We take note of Estonia’s continually violating human rights and depriving minorities their civil rights.”
The whole scenario gets very Orwellian and surreal, with the former Finnish KGB informer (during the Soviet years), Abdullah Tammi, teaming up with the “anti-Fascists” in Helsinki to protest the defamation of the Soviet Union by a few ethnic Estonian Finns, whose book exposes the cruelty of the Soviets during its reign of terror in Estonia.
What we are witnessing here in Finland and in Estonia, is a highly toxic nexus of utlra nationalistic pro-Soviet voices under the guise of pro-Russian sentiment, teaming up with fundamentalist Muslims, some of which who have had ties with the Soviet KGB during the 70’s and 80’s, with the aim of undermining the pro-western, pro-Israel, philo-semitic, democratic state of Estonia.
And they are all alligned with the Anitfa, or suppoesdely anti-Fascist movements in Finland and elsewhere. It’s no surprise that ANTIFA groups throughout Europe contain some of the worst anti-Semites and anti-Israel voices in Europe, and many of them are aligned, or are given a wink and a nod from the governments who have Socialists/Greens in power. The Swedish Social Democratic Party (SDP) has been one of the more obvious supporters of the ANTIFA brown shirts, and now we see the Russian element joing ranks here in Finland. The circle is complete. KGS
UPDATE: A Tundra Tabloids’ source now admits that the SWC director in Jerusalem, Efraim Zuroff, did not give his tacit support to the demonstration by the “anti-Fascists in Helsinki. So that makes Finnish academic, Johan Bäckman, into a major liar.
NOTE: The Tundra Tabloids acknowledges the fact that the SWC has good grounds to pursue the Estonian government’s active role in honestly dealing with its past, concerning the role some Estonians played in the Jewish Holocaust. That said, it’s of utmost importance that the SWC ensures that it’s well aware of radical parties within Estonia and Finland who are willing to exploit past Estonian transgressions not for the honest search for the truth, but for their own political agendas.

UPDATE II: YLE has a report in English about the Nashi and Finnish Islamic Party members staging a demonstration in Helsinki. read it here. UPDATE III: Tundra Tabloids source now says that Johan Bäckman called the SWC’s Efraim Zuroff, who did not know about Bäckman’s background, and did not give his support for the demonstration. Johan Bäckman in fact lies about the SWC’s support.