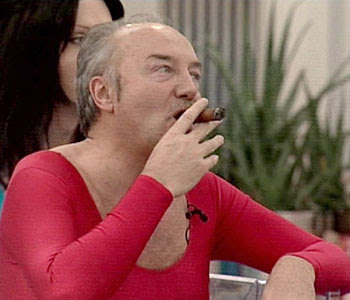 Gee, I thought you all would great me as a hero 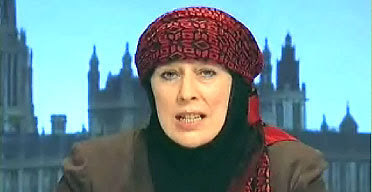 A convoy led by the maverick MP George Galloway carrying supplies for Gaza has been attacked in Egypt, apparently injuring several people travelling in his party. The convoy, carrying aid worth £1 million, was pelted with stones and vandalised with anti-Hamas slogans after it stopped overnight in El-Arish, a small town around 28 miles from the Rafah border crossing with Gaza.

The attack comes weeks after Mr Galloway, of the Respect party, described Egypt’s President Hosni Mubarak as a “tyrant” and “criminal” and demanded that he be overthrown by his country’s armed forces. Mr Galloway’s party confirmed that Egyptian officials had also become embroiled in a dispute with the party over what type of goods they would be allowed to take into the territory through the Rafah crossing.

UPDATE: The Venerable 1st Earl of Cromer has more, much more on the aid convoy to Gaza.

Further to my earlier post on MP George Galloway’s adventures in Egypt, I researched the convoy in a little more detail.

Apparently, three suspected terrorists who had been under surveillance here in Britain were intercepted by the police and MI5 trying to sneak out of the country whilst posing as convoy members.

This convoy was organised by a group called ‘Viva Palestina’. It seems to be a charitable organisation run entirely on member donations.

It is full of trite, saccharin, Student Union nonsense such as ‘we’re all Palestinians now’.

However, the vast majority of its supporters seem to be Muslims and radical leftists. This is pretty much summed up by the fact that their poster boy is to be maverick MP George Galloway.

His ‘Respect’ party, for which he sits as the MP for the predominantly Muslim Bethnal Green & Bow constituency, makes New Labour look like the PVV. There is literally nothing this man will not say or do to persuade the Muslims he represents to vote him back in next time.

Here is extraordinary footage of the convoy heading through Morocco and into Algeria back in February; I can only assume that the British ambulances you can see have been decommissioned and bought by the organisation.