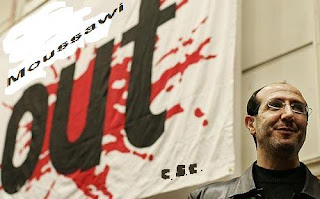 CSC: The government clearly do not have a grip

The think-tank said the Home Office would be “beyond hypocrisy” if it allowed Dr Ibrahim Moussawi into Britain just weeks after barring Geert Wilders, the Dutch politician, because of his alleged anti-Muslim views. Dr Moussawi is a spokesman for the Lebanese-based militant group Hizbollah, the military arm of which is banned in Britain as a terrorist organisation.

He has allegedly called Jews “a lesion on the forehead of history” and said of Israel: “Pain is the only language that the enemy understands.” Douglas Murray, director of the CSC, has written to Jacqui Smith, the Home Secretary, warning her that he will instruct lawyers to seek an arrest warrant for Dr Moussawi if he is allowed into the country.

The think-tank has already sought advice from barrister Paul Diamond, an expert in religious affairs law, on using war crimes legislation and a legal precedent from 2004 to seek, independently, an arrest warrant from a magistrate. Mr Murray said: “This is the deepest hypocrisy, in fact, it is worse than hypocrisy on behalf of the British government.

“The government clearly do not have a grip on this. Britain is still a place where terrorists and terrorist supporters can come to incite and recruit.” Dr Moussawi is due to address a conference at the University of London’s School of Oriental and African Studies, on March 25, on the subject of political Islam.

Actually, this creates an unwanted situation in which the respectable Dutch politician, Geert Wilders, is compared to an apologist for terrorism and fundamentalist Islam. Moussawi should be barred from Britain, not for a tit-for-tat reason, but because the man presents a clear and present danger. KGS