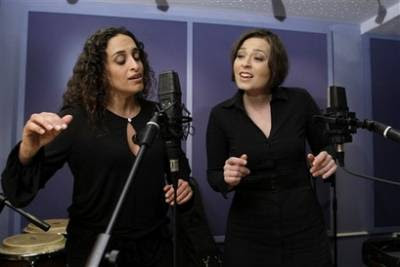 SHMURAT HASHARON, Israel – Israel is sending a Jewish-Arab duo to represent it with a song of peace at Europe’s best-known song competition at a particularly fraught moment for relations between the country’s Jews and Arabs. Not surprisingly, the choice has sparked criticism and debate with a gravity that couldn’t be further from the Eurovision competition itself, a festival of flamboyant pop and unapologetic kitsch which draws some 100 million TV viewers every year.

“Flamboyant and kitchy” is putting it lightly, the Eurovision song contest is nothing more than a highly rigged event in which countries (not unlike the UN) from voting blocks and choose the best entry from their region and vote accordingly. It’s a night full of sleazy dancers, crazy outfits and half baked lyrics, so what difference does it make that Israel sends a duo that consists of an ethnic Arab and a Jew? Enter Arab propagandist Mohammed Bakri:

“I don’t want Mira to be used,” he said. “It’s not a big honor to represent Israel right now in the Eurovision. It’s a shame, in my point of view.”

Only I’m allowed to produce propaganda! 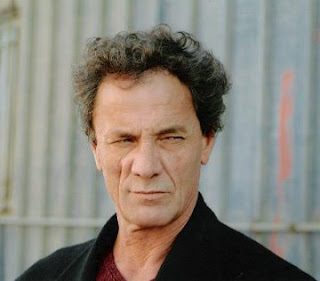 This sleaze ball should know propaganda when he sees it, he’s the creator of the well known “propagandamentory” known as “Jenin, Jenin“, in order to demonize Israel in the wake of its operation in the UN run, Jenin refugee camp, which was turned into a haven for terrorism and suicide/homicide glorification. Jenin, Jenin was no documentary, and Bakri knows it. From beginning to end, the film was a product of Bakri’s own twisted imagination, and now he has the nerve to talk about “propaganda”. Yeah riiight. KGS

UPDATE: Vasarahammer comments: “I wonder what the Russian hosts think of Georgia’s eurovision song: “I Don’t Wanna Put In“. I’m definitely going to vote for that one in May.

Some of the lyrics:

“We don’t wanna put in The negative move It’s killin’ the groove.”
It goes on to urge: “You better change your perspective.””

I like the part when they sing : “Gonna try to shoot in/ some disco tonight” and mimic being shot in the head. HAHAHAHAHAHA GO GEORGIA GO!