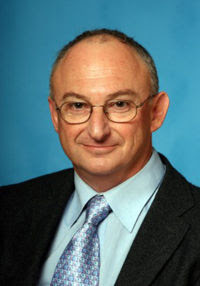 MK Arieh Eldad, founder of Israel’s Hatikva Party, was forced to leave a polling station and call for the police protection from an angry Arab mob gathered outside the election center he was chosen to monitor, in the second largest Arab city in Israel, Umm El-Fahm.

Right-wing activist Baruch Marzel, was scheduled to monitor the polling station, but due to Arab objections he was denied access. MK Eldad then took over the postion as monitor of the polling station, but what happened next is reminiscent of what took place in Malmö Sweden a few weeks ago, when a Muslim mob effectively shut down a pro-Israel rally, with the help of the Swedish police.

This time around it took place in Umm El-Fahm Israel, with the Israeli police choosing to shuttle the parliamentarian out of the building and the area, than to exert Israeli authority in the streets of the city.

MK Aryeh Eldad (NU), who had replaced far-Right activist Baruch Marzel as an election monitor in Umm el-Fahm, was removed from the polling station by police and escorted from the town amid concerns for his safety after local Arabs started rioting outside the voting center.
Army Radio reported that when Eldad was escorted from the premises in a police car, stones were hurled toward the vehicle and police clashed with rioters. But Northern Police District spokesman Yehuda Maman said no violent incidents took place around the polling station due to the heavy police presence in the area, and police said Eldad asked them to escort him out of the Arab town.
“He asked us to help him leave. All is quiet here,” Maman told the Jerusalem Post, speaking by cell phone from Umm el-Fahm. Earlier, police had denied Marzel entrance to the northern Arab town, where he was to oversee a polling station in the northern Arab town, citing intelligence which indicates that his presence there would pose “a serious threat to public safety.”
“Upon assessing the situation, it was determined that there were extreme concerns for public order and safety,” said Police Northern District chief Cmdr. Shimon Koren. “I therefore decided to prevent Marzel from entering the Umm el-Fahm polling station.”
Marzel, the National Jewish Front chairman, called it a “black day for democracy,” adding that police had surrendered to a rabble” because they couldn’t maintain order in the Arab sector.
Following the police decision, Eldad (National Union) received permission from the Central Elections Committee to replace Marzel as polling station monitor and police initially said he could go anywhere he pleased. “We are not preventing Knesset Member Eldad from entering any community…and all claims to the contrary are false,” police had said.
The police’s decision to ban Marzel from the town came despite intensive police preparations on Monday night ahead of Marzel’s scheduled arrival. Koren held a situation analysis with Northern District heads and ordered back-up police forces to be mobilized at the entrances to Umm el-Fahm as part of police preparations.

The police chose in the end to appease the mob of Arabs. It’s a very dark day for any democracy that appeases any mob, for the sake of maintaining some semblance of order. KGS
NOTE: MK Aryeh Eldad recently held an international event in Jerusalem, Facing Jihad, where he screened Dutch politician, Geert Wilders’ film, Fitnah.
UPDATE: Ynet is reporting that the police were in force at the polling station and had hand delivered the politician to and from the building.
“The police enabled my arrival to the polling station and are providing me with security. I never feared for my life,” he told Ynet before leaving the city. “I could never truly believe that Israel was giving in to terror and I’m happy to see that this is not the case. I have immunity and the police are doing their job, at least where I am concerned,” he said.
Needing a huge throng of officers to visit a polling station is a huge shame, and speaks loudly of what kind of society the Arabs would build if they ever became the majority. KGS