Skip to content
Home
/
2009
/
February
/
2
/
Uncategorized
/
Obama: We Can Work With the OIC……!
Facebook
Twitter
Google+
LinkedIn
Pinterest
How long before the OIC’s Islamic anti-Semitism becomes a factor in the relationship, or will it ever? 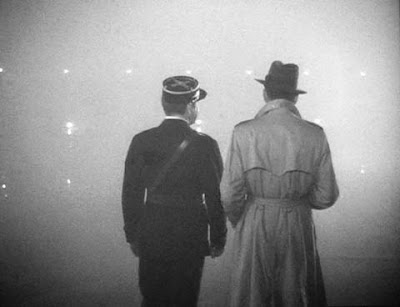 Obama says US can work with Muslims: OIC
RIYADH – President Barack Obama told the Organisation of Islamic Conference that he has full confidence that the United States can work together with the world’s largest grouping of Muslims, the OIC said on Sunday. In a letter to OIC Secretary General Ekmeleddin Ihasanoglu, Obama said he would work to improve relations with the group, the Jeddah-based organisation said in a statement. It did not release the text of the letter.
Obama also thanked the OIC, which represents 1.5 billion Muslims in 57 countries, for its congratulations on the occasion of his inauguration on January 20, the organisation said. In an open letter published in major US newspapers on January 21, the OIC urged Obama to work for a “shared” peace in the world rather than one that is “imposed.”
“We warmly welcome your expressed desire to give a major address in a Muslim nation soon after you assume the presidency and hope it will mark the beginning of a more fruitful and better-informed dialogue between the West and the Muslim world,” the OIC said at the time. “We firmly believe that America, with your guidance, can help foster that peace, though real peace can only be shared — never imposed. A nation can either be great or feared, but rarely both at the same time.”
Jihad Watch focuses on the OIC’s targeting of free speech, writing:

Paul and Robert are correct in highlighting the OIC’s agenda of rolling back our rights to free expression in the US, because to a great extent, it’s already happening here in the dhimmified European Union.But the Tundra Tabloids also believes that one serious indicator of the West’s appeasement to the OIC’s highly ridiculous and hypocritcal agenda of prosecuting “hate speech”, will in fact continue, is its refusal to both acknowledge and confront the Islamic world over its institutionalized anti-Semitism.Hard core Muslim anti-Semitism is promoted throughout the Islamic world via governments, media, mosques and madrassas, but the head of the Organization of the Islamic Conference, Ekmeleddin Ihsanoglu, told the Tundra Tabloids face to face in Helsinki last year, in response to a statement I made directly to him at the UPI sponsered event:

Tundra Tabloids: Also, while it’s understandable that professor Ihsanoglu presents the Organization of the Islamic Council in the best light possible, I find it necessary however, to bring to light some of the troublesome aspects of the OIC itself and its agenda, that Sec-Gen Ihsanoglu is unwilling to touch.While the OIC presents itself as being concerned with human rights as well as being a bridge for peace and understanding to the non-Muslim world, many of its own member states are the chief violators of human rights and promoters of the vilest forms of anti-Semitism seen since the rise and fall of National Socialism in Germany, during the 30’s and the 40’s. The evidence is undeniable, it’s a fact which has led the US House of Representatives to approve Resolution 1361 adopted on Sept. 23 of this year, with the expressed aim, and I quote:”defeating the campaign by some members of the Organization of the Islamic Conference to divert the United Nation’s Durban Review Conference from a review of problems in their own and other countries, by attacking Israel, promoting anti-Semitism, and undermining the Universal Declaration of Human Rights.”

Response:Ekmeleddin Ihsanoglu 07.10.08 Helsinki Finland: We are not anti-Semitic, (unclear) believing in moderacy and decency as part of my belief, my doctrine, I am a Muslim, and when I pray, I pray for all prophets including Moses, Jesus and Mohamed. So you cannot speak about any Muslim, good or bad, as anti-Semitic, this is a theory, this is not the case.So in the opinion of the OIC’s Secretary General, Iranian president, Mahmoud Ahmadinejad and every other racist Muslim that calls for Jews to be killed or subjugated under the foot of Islam, is not an anti-Semite. How any liberal democracy thinks it can forge a “working relationship” with such a racist body like the OIC, and not be corrupted by it, is beyond me. KGS