I mean, that’s exactly what’s in question here, right? Millions of Muslims are worshiping a dead man called Mohamed (they’ll deny it, but that’s what it is), who had married a prepubescent girl when she was only six years old, and then had sex with her when she was the age of nine.
Oh, but that was way back then”, they’ll say, “not now”. But anyone who follow such things, knows all to well that Muslims regard Mohamed’s character and life style, the supreme example for human behaviour and should be followed in every way…if possible. So like the pervert in the picture who thinks he’s actually doing the girl a favor, many Muslim males take on very young girls to wed. 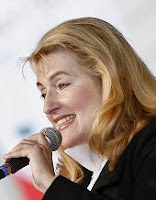 They are ususuallly treated as chattle, beaten and made to serve the man like a slave, being always ready to fulfill his “earthy needs” at any given moment when the turban hits the floor. THAT IS WHAT Austrian FPO politician Susanne Winters was referring to when she made the following quote:

“In today’s system” the Prophet Muhammad would be considered a “child molester,” apparently referring to his marriage to a six-year-old child. She also said that it is time for Islam to be “thrown back where it came from, behind the Mediterranean.”

The TT is in full agreement, that the Islamic religion, as now it stands, is not ready for democratic participation, and incorporation in western society. Only the extremely naive, extremely ignorant or self deluded could possibly think otherwise. So Winters now has to pay a stiff fine for hurting Mulsim sensibilities, once again another round won by the dough headed multi-culties who appear all to willing to throw Europe back into the Dark Ages. Baron has more.
Over at Jihad Watch, Robert Spencer posted the other day, this picture of Winston Churchill along with the caption:
UNELECTABLE TODAY 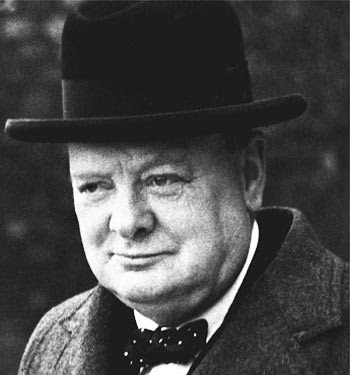 The reason for that is all too clear, the man wasn’t shackled by multi-culti/PC nonsense that keeps most people from speaking freely about the obvious. Here is an example of why Winston would most likely be up on charges like Dutch MP, Geert Wilders, or convicted like Susanne Winters and forced to pay a stiff fine. KGS

“How dreadful are the curses which Islam lays on its votaries! Besides the fanatical frenzy, which is as dangerous in a man as hydrophobia in a dog, there is this fearful fatalistic apathy. The effects are apparent in many countries. Improvident habits, slovenly systems of agriculture, sluggish methods of commerce, and insecurity of property exist wherever the followers of the Prophet rule or live.

“A degraded sensualism deprives this life of its grace and refinement; the next of its dignity and sanctity. The fact that in Mohammedan law every woman must belong to some man as his absolute property‹either as a child, a wife, or a concubine must delay the final extinction of slavery until the faith of Islam has ceased to be a great power among men. Individual Muslims may show splendid qualities. Thousands become the brave and loyal soldiers of the Queen; all know how to die; but the influence of the religion paralyses the social development of those who follow it.

“No stronger retrograde force exists in the world.

“Far from being moribund, Islam is a militant and proselytizing faith. It has already spread throughout Central Africa, raising fearless warriors at every step; and were it not that Christianity is sheltered in the strong arms of science -the science against which it had vainly struggled -the civilisation of modern Europe might fall, as fell the civilisation of ancient Rome.”