Another case of Alien vs. Predator, this time Alien has got Predator firmly in its grasp and is busy dislodging its eyes. 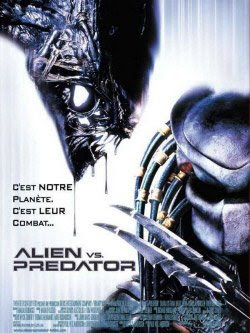 Hamas militiamen have rounded up hundreds of Fatah activists on suspicion of “collaboration” with Israel during Operation Cast Lead, Fatah members in the Gaza Strip told The Jerusalem Post on Monday.
They said the Hamas crackdown on Fatah intensified after the cease-fire went into effect early Sunday morning.
The Fatah members and eyewitnesses said the detainees were being held in school buildings and hospitals that Hamas had turned into make-shift interrogation centers. Hamas has also renewed house arrest orders that were issued against thousands of Fatah officials and activists in the Gaza Strip shortly after the military operation started. […]
According to the official, at least three of the detainees had their eyes put out by their interrogators, who accused them of providing Israel with wartime information about the location of Hamas militiamen and officials.

Well well, the Hamas is using civilian centers for interrogations and torture, so schools and hospitals are not off limits to these thugs, why am I not surprised? I wonder where MAD Mads Gilbert is right now in all of this, standing quietly in a corner looking between his fingers?
What’s ol’ Gilbert thinking when he’s told to treat patients with eyes missing and other signs of torture, that they are traitors who deserved it, or “oh well, these things happen in movements fighting for their freedom”?
Real journalists worth their salt, would be busily hunting down MAD Mads Gilbert for an interview and asking him about Hamas’ torture policies and use of civilian facilities to do it. KGS