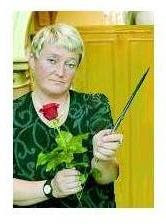 The astute blogger Pikkupoika of the excellent Finnish blog, Kesarin uudet vaatteet (The Emperor’s new clothes) sent this to the Tundra Tabloids a day or so ago, about a former “pain in the arse” Middle East news correspondent, Leena Reikko.

Reikko is one of those YLE journalists (formerly) that loved to stick it to Israel whenever possible. One could be assured that her regular broadcasts from the region included both her condescending tone, as well as distinct body language which automatically told the listening audience that how bad the Israelis are.
No friend of Israel mourns her leaving that hack station, good riddance.
But now that she’s out on her own, she’s let the mask slip, and now she’s quite open about who she supports, and it isn’t Israel. No surprise there. Pikkupoika informs the TT that Reikko has become a fan of Hamas’ shill for terrorism, “MAD” Mads Gilbert, the guy who helped fake a scene for a Hamas propaganda video for the international news media.
(click for enlargement). 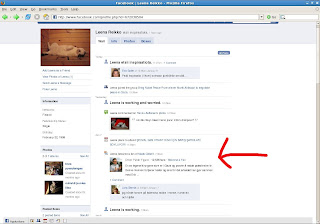 “Birds of a feather all flock together”, what a lovely nest of loons they make. But that’s not all, Leena loves Al-Jizz in English, can’t seem to get enough of it!(Click for enlargement) 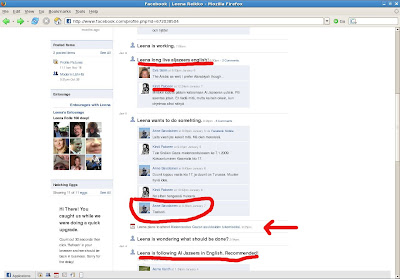 Leena Reikko writes: “Long live aljazeera in English!”
It would be absolutely funny if it weren’t so pitifully depressing. These are the people Finland’s main news organization hires to find and report the news for it domestic audience, that we the people pay for from our own tax Euroes. We are forced to pay the wages of two-bit journalists that use their position to “cure the world” through the power of their pen and microphone.And then Leena becomes a fan of “Stop Israel’s war crimes in Gaza”(Click here for enlargement) 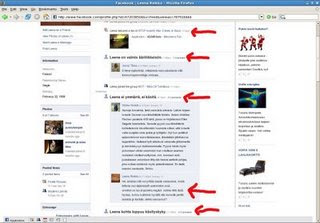 Truly disgusting, and its high time the people of Finland start calling the YLE news office and demand a change in their code of ethics “or rather the enforcement of the one that alredy exists”, or refuse to pay the yearly television fees that help pay for these hacks’ wages. KGS