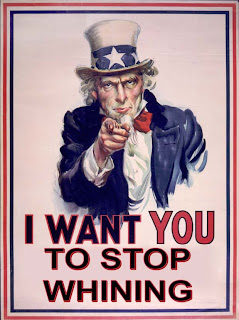 That’s why it’s important for the US to continue being the leader of the free world, and be the lone sane voice in a room full of feet stomping idiots.

Late last night after seeing Finnish YLE’s TV report about the UNSC’s new statement calling for an end to the violence between Hamas and Israel, I knew that there must be more to the story than what the news station cared to mention.

YLE TV news anchor, Tommi Fräntti, only mentioned that the US overruled a new initiative meant to end the fighting between both sides. Only in today’s internet version of the report does YLE mention the reasons for the US objection, it’s because:

“The United States saw no prospect of Hamas abiding by last week’s council call for an immediate end to the violence.”

UN: US foils Libyan ceasefire proposal
YNET: “US Deputy Ambassador Alejandro Wolff said the United States saw no prospect of Hamas abiding by last week’s council call for an immediate end to the violence. Therefore, he said, a new statement at this time “would not be adhered to and would have no underpinning for success, would not do credit to the council.” I don’t think it does the council any good … to issue statements that aren’t going to be observed,” Wolff said. “Israel’s self-defense is not negotiable.”

And if you haven’t seen enough buffoonery already, here’s a few quotes from an interview in Austrian newspaper that was translated by the Tundra Tabloids’ Austrian colleague, ESW. When the media wants to shake off the criticism of being overtly biased, bordering on anti-Semitic in the way it reports on the only Jewish state in existence, it finds Jewish stooges who are willing to dump on Israel. Literally.

Mind you, criticism of Israel is not anti-Semitism, but the vilification of Israel with outlandish claims in spite of the evidence is. Paula Abrams-Hourani, is Jewish who works for the IAEA in Vienna with her Palestinian husband, a writer. She became an Austrian citizen in 2007. It doesn’t come as a surprise then, that she is against any kind of military strike against Iran’s nuclear weapons infrastructre. Here are few snippets from the interview that appeared in the Austrian newspaper, Kurier. 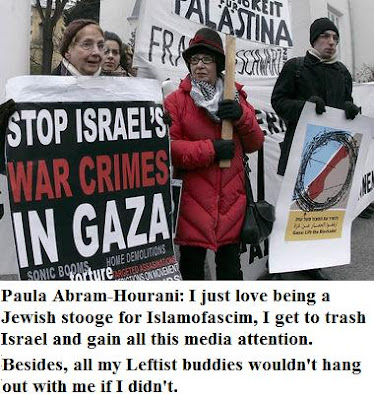 Kurier: “How come you as a Jew are not on Israel’s side?”PAH: I am frequently reproached about that, that I am influenced by my husband. But I retreated more and more from Israel well before I met my husband, Faysal. The more I visited the occupied territories and the more I saw the crimes perpetrated by the Israeli army – killings, massacres, destruction -, the surer I was that I never wanted to be on that side again. Kurier: “But the other side also kills: 10,300 rockets have been launched by Hamas on Israeli cities since 2001.”

PAH: That is true, and I will in no way defend Hamas. But you cannot compare the home-made rockets with the high-technology weaponry of the nuclear power (called) Israel. In any case: What do you expect of people who have been incarcerated for decades in an open-air prison, a ghetto, surrounded by high-security walls, without a possibility of escape?

The TT will stop with that there. Again, what better shield against the claims of bias, then for a radical far-Left wing Jew to go to bat for you, saying exactly things you want said? The media does it all the time in its “human interest” stories, knowing full well in advance that most Palestinians will pimp the party line, no matter if they’re Hamas or Fattah.

Paula Abrams-Hourani is doing just that for the Austrian paper, everyone of her positions are extreme, unbalanced by very effective in the propaganda department, and the Islamofascists and the Leftist media knows it, it’s just to delicious to pass up. All of the falsehoods she spinning, are easily refutable, Geneva Conventions are adhered to by Israel, not even Finnish president, and Nobel Laureate, Martti Ahtisaari believes that Israel has ever committed any massacres, who was one of the Finnish politicians at the time, to dismiss the claims of massacre in the “Jenin operation” in 2002 as total bunk.
In dismissing Qassam rockets as “home-made”, Abrams-Hourani cleverly uses boiler-plate Palestinian propaganda talking points that leave an impression that Qassams are military weapons, but crudely made. These rockets have no significant military purpose other than to sow fear in the civilian public. For the terrorists, if they end up murdering someone, all the better. Such a thing is a WAR CRIME, but for the media at large and the radicals they interview, well, they completely circumvent that issue alltogether.
About Gaza being an open air prison, this is one of the more glaring pieces of propaganda that is smeared around the media and the internet. Gaza has a viable border with their Muslim brothers, the Egyptians, if they are blockading Gaza, (they are) why is this conveniently left off the discussion table, if not for propaganda purposes?
When viewing reports in the media, it pays to take what they say with a grain of salt, until they can be verified by Israeli reports, that are indeed slower then the media, but far more accurate thant the media would ever dare to admit. KGS