The amazing stupidity of the West’s best and brightest minds.

British barrister: “Sharia law should be introduced into legal system” 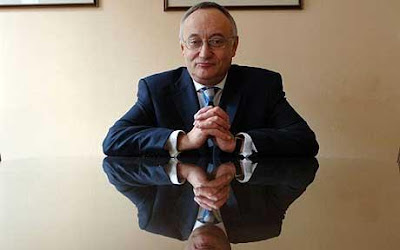 The Telegraph.co.uk: “A leading barrister has said that Sharia law should be incorporated into the English legal system, it has been reported.

Stephen Hockman QC, a former chairman of the Bar Council, reportedly suggested that a group of MPs and legal figures should be convened to plan how elements of the Muslim religious-legal code could be introduced. After speaking at an event organised by the website Islam4UK at the National Liberal Club, Whitehall, Mr Hockman reportedly told The Daily Express: “Given our substantial Muslim population, it is vital that we look at ways to integrate Muslim culture into our traditions. Otherwise we will find that there is a significant section of our society which is increasingly alienated, with very dangerous results.

For an intelligent man, an amazing amount of stupidity just rolled out of his mouth, which signifies the uphill battle in how to better inform our policy makers about the dangers inherent in Islamic law. Barrister Stephen Hockman, if the story is true, is flirting with disaster if he thinks problems will be averted by allowing some forms of sharia law into British jurisprudence.

What Hockman is promoting is nothing less than state sanctioned inequality of a minority within British society. Islamic law is inherently flawed and effectively resists change, and such a system does not belong in Britain, nor does it belong elsewhere in the world. Truly chilling that such talk would be coming from someone who should already know better. Perhaps its back to school for Hockman, for a crash course in Islamic sharia 101.

You must certainly see the reasoning behind his contemplating such nonsense, it’s called the “fear factor” phenomenon, and if prodded further he would most likely own up to it, since he already alluded to what might happen if sharia is not allowed to be administered within Britain, it would lead to dangerous results.

It behooves me to then ask, if Hockman is so moved by fear of the future, that he’s willing to introduce a foreign anti-liberal-democratic legal system into Britain, how will he gather up his courage when the Muslims demand the fuller implementation of sharia law? What will he do then? Better yet, when Hockman discovers that the full implementation of sharia law is already being practiced, just shy of stonings and whippings, will he turn a blind eye?

I think so, because both he and his like minded colleagues fear wetting their beds over the rage expected to come from the Islamic community, for any clamping down by the state on their “religious rights”. It’s fools road he’s traveling down, and it’s up to people like us to expose them whenever they pop up with their silly but dangerous ideas.

“There should perhaps be a standing committee comprising Parliamentarians, lawyers and religious leaders to consider how this could be achieved and what legal changes might be framed.” Sharia law has been criticised for its prevention of some rights for women. Mr Hockman reportedly conceded: “The position of women is one area where the emphasis is, to the say the least, rather different.” He reportedly added that the incorporation of Sharia could improve relations between faith groups and boost the country’s security. He said: “I am also sometimes confronted by those who point out that there are elements within the Muslim community who pose a threat to our very security. My answer is not to dispute them but to suggest that it is for those of us forming part of the majority community to address such problems.”

In other words, since Britain’s more vocal sector in the Islamic community show no willing sign of integrating into British society and accepting its laws, then it’s up to the British majority to accommodate their silly backward notions of how society should be run. What’s then to stop the sharia loving Muslims living in their no-go areas from sticking up their middle finger at the rest of British law? Has anyone though about that scenario?Hockman’s refusal to label Islamic sharia’s well known treatment of women, as barbaric, choosing instead to frame it as being “rather different”, should be a wake-up call for all women in Britain and throughout the West. The man appears willing to risk the equality of women in Britain for the sake of a good nights sleep.Any supposed gains envisioned by the introduction of sharia law into Britain, will be quickly offset by the highly misogynist character of sharia as its “justice” is dispensed, but it won’t directly affect Hockman, he’s not a woman nor a Muslim. It will also embolden the same voices who are demanding sharia now, for even more “rights”, which will include the “right” not to be offended. All this of course means that a whole list of gripes are yet to be crafted/made known once they get their foot (Islamic agenda) in the door. If Hockman thinks he has the means to stanch the cries and demands of that sector of the Muslim community, he’s badly mistaken, for he has only whetted its appetite for even more ludicrous demands, demands of which he and others like himself will find difficulty in refusing. KGSH/T: Baron BodisseyUPDATE: A commenter left the following link, to even more information on the same barrister and the situation as a whole. Job well done.