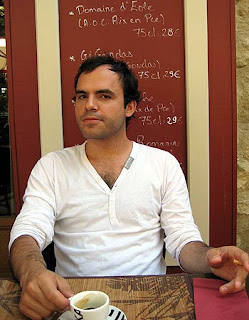 It’s what the Iranian regime fears the most, normal relations with Israel. But what the Iranian government won’t deliver to its citizens, the curious individual is forced to do on his or her own. So Hossein Derakhshan now sits in the slammer for daring to treat Israelis as human beings. If that weren’t enough, they’ve accused him of spying for the “Zionists”, and surprise, surprise, it’s being reported that he’s admitted to it. Can anyone say thumb screws?
YNET: An Iranian blogger who recently visited Israel was arrested in Tehran, an Iranian website reported on Monday. The blogger, Hossein Derakhshan, who runs one of the most popular blogs in his country, returned to Iran several weeks ago after a long stay in Canada. The Iranian site Jahan quoted “credible sources” as saying that Derakhshan was questioned by the authorities and admitted to spying for Israel.
Derakhshan visited Israel on two occasions. In 2006 he attended a seminar on blog writing held at the Ben Gurion University in Beersheba. During that trip he told Ynet that the main objective of his visit was to “break the taboo” of Israeli-Iranian relations. “The Iranian media only reports about Israel in connection with suicide bombings and shooting attacks,” he said then. “I wanted to show my readers in Iran what Israelis are really like and what daily life in Israel looks like. At the same time, I would like to convey a message to Israelis that the Iranian people aren’t as extreme as their regime.”
Like I said, having normalized relations with the Jewish state of Israel is something that the Iranian regime fears more than having its own nuclear weapons industry blown to bits. They need the constant fear of “the other”, to help focus the people’s attention away from the misery it has inflicted upon them. So Hossein Derakhshan is going to face the full weight of the Iranian judicial apparatus, and it wouldn’t surprise to see him openly condemning himself in a show trial in much the same way as the Soviets did during their own cruel era.
But make no mistake in thinking that this could only take place ..over there, for we have dark forces at work here in Europe as well, that will leap to the chance to limit what we can and cannot say. Under the guise of “protecting religion”, the powers that be want to quash any kind of legitimate discourse on Islam, and Muslims in general, they alone will define for us what is appropriate and what is not for public consumption.
I feel sorry for the Muslims that flee Middle Eastern lands for Europe -because they couldn’t take it any longer, not able to live their lives in freedom, nor able to criticize the Islamic morons that tried to rule every aspect of their lives through the sharia law- only to find the very same phenomenon happening here in “Jolly ol’ Europe”. KGS