The Saudis and their minions want to show their interest in global warming and appear keen on helping Britain go green. But their focus is on getting big firms on alternative fuels, instead of the transportation grid, which shows that they are not serious at all. It’s a combination of the shell game and blue smoke and mirrors.
The al-Guardian: “Ed Miliband, the Climate Change Secretary, arrived in Saudi Arabia yesterday with Gordon Brown at the start of a tour of the region. He said some of that cash would now ‘help our firms reap the rewards from going low carbon and providing green energy to thousands of families’ under a so-called ‘green Gulf deal’ to be announced today.”
In order for the West to achieve its strategic goal of energy security, it needs to allow alternative fuels to be sold at the pumps which will help break the back of the oil cartel called OPEC. Accompanying the alternative fuels policy (Flex Fuel) should be the opening of new and proven oil fields, that (along with Flex Fuel technology), will also help deprive the Middle East of badly needed funds that fuel the Islamic jihad against the West.
I advise anyone serious about starving the jihadist cash flow from the Arab oil producing states, and wanting to do their part to help reduce carbon in a major way, check out http://www.energyvictory.net/ and start talking about flex fuel technology with your families, friends and politicians. This is not just an American initiative but a European one as well, since the latter uses far more Arab oil than the former! 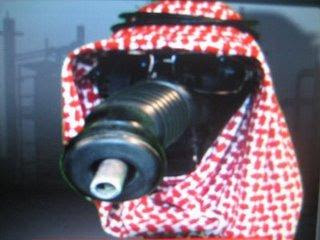