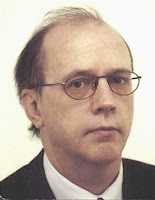 The Tundra Tabloids has reported on the Lennart Erkisson story on a number of occasions (here , here) since the story broke this past February. He’s the bureaucrat who worked on asylum related issues within Swedish Immigration Board, and ended up suing his employer for a demotion due to his pro-Israel, pro-US views posted on this blog.

According to his supervisor, Eugene Palmer, there were others in the department that expressed similar concerns over Erkisson’s blog, where he expressed admiration for the late US General Patton, and his opinions about the US and Israel.

According to Palmer: “Of course everyone has a right to any opinion. However, when holding an upper-level management position at the Migration Board, one must be careful about how one chooses to express private opinions in a public fashion,”

Here is some of what Palmer and ilk found so troublesome, they should have given him a raise instead. Lennart Eriksson: “I want to defend freedom and democracy. I try to be humble and just. Therefore I must—as every good democrat must—defend Israel,”
Shock and horror
A Swedish bureaucrat that has positive views about Israel! That is what got the upper echelon of the Swedish Migration Board all pissed off, one of their own had dared to express an independent thought which didn’t conform to the accepted policy of their institution. Off with his head, off with his head!
But now we see the Swedish humanitarian racist mask beginning to slip, when the Swedish Migration Board’s Council stated in a hearing on October 10th, that: “Palestinian group Hamas should be considered a ‘liberation movement’. Opitz added that its founder Yassin was a ‘Palestinian freedom-fighter.”
You see, Eriksson was not really demoted for expressing political views, but for expressing political views that weren’t politically correct. Such a divergence in thinking can’t go unpunished, so Lennart Eriksson had to be taught a lesson. They most likely thought that a demotion would be swallowed, where a complete dismissal might bring unwanted attention.
What they didn’t count on obviously, was that Eriksson wouldn’t be an easy push over, remember, this is a guy who holds US Gen “Old Blood and Guts” Patton in high regard. They weren’t banking on Eriksson taking this thing to court. Ilya Meyer, “vice chair of the Sweden-Israel Friendship Society, launched a public campaign to raise awareness about what he calls political persecution apparent in Eriksson’s case” (Haaretz)

“The verdict will be delivered on 10 Nov. It may of course be of interest to readers abroad to know that Eugene Palmér based his decision on Erkisson’s unsuitability after hearing about his views on General Patton on the fact that he (I quote) “once saw a Hollywood movie on the subject“. This (I quote) gave him a “gut feeling” that Eriksson was therefore unsuitable for his job. Eriksson’s lawyer remarked to the court that now it appeared that not only was this a case of wrongful dismissal because of political beliefs but also because Eriksson apparently “gave Palmér a stomach-ache”! The court dissolved in laughter.

This whole issue stinks to high heaven. An honorable man, like Lennart Eriksson, who has absolutely good taste in historical military figures as well as a good head sense about which countries are worth supporting, -the US and Israel- is being taken to court by a group of sniveling multicultural cowards and pansy-assed terrorist lovers. Patton wouldn’t have shed a tear for that miserable varmint Yassin (the founder of Hamas) for being targeted by Israel, …and would have slapped anyone that did. 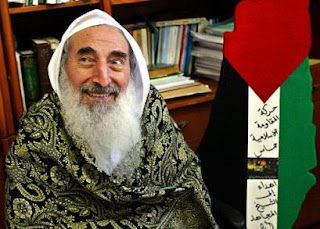 The Tundra Tabloids says to Lennart Eriksson: “stick to your sense of right and wrong, and hang on to your honor no matter what happens, and don’t give up. You have many that are on your side and are wishing you success. But there is no better person to sum up the situation, than Ol’ “Blood and Guts” himself, General George S. Patton:

“We are advancing constantly and we are not interested in holding onto anything, except the enemy’s balls! We are going to twist his balls and kick the living shit out of him all of the time. Our basic plan of operation is to advance and to keep on advancing regardless of whether we have to go over, under, or through the enemy. We are going to go through him like crap through a goose; like shit through a tin horn! 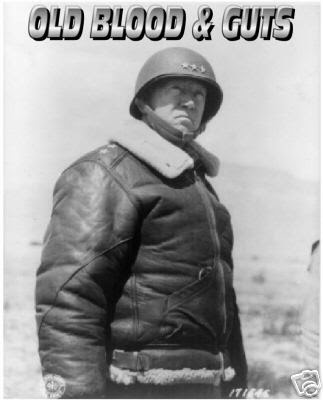