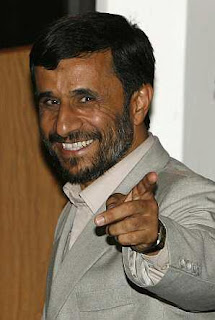 Iran: male apostates will be hanged, women will go to jail. Kudos to the Finnish paper Iltalehti for publishing the article on the Iranian parliaments recent approval in the first round of voting, of a law that would punish apostates from Islam with death and prison sentences.
It’s a subject that the Finnish media chooses not to dwell on, if at all, so it’s a welcome development about a real tragic situation that is bound to get worse as Iran continues with its nuclear arms programs. If B.Hussein Obama manages to win the White House and finally sits down with Iran without preconditions, what leverage will he be using in order to squeaze the sleaze monkey into changing Iran into a kinder and gentler totalitarian state?
The answer to that is….the Iranians will not be induced to change their policies one iota, since the threat of war, or at least the threat of the destruction of their nuclear facilities, will be the last thing an Obama administration would be willing to contimplate, let alone accomplish. Remember folks, this is to be the “transformational presidency” that Colin “Benedict Arnold” Powell has been banging the drums about. No new wars, no rattling of sabers and all carrots of incentives will be followed with, yes you guessed right, ..more carrots. Speak softly and carry a big stick will not be an option.
Does anyone seriously entertain the thought of an Obama administration using pre-emptive force to secure peace in the Middle East? Iran will indeed be allowed to continue with its destructive nuclear weapon ambitions, and it will fall upon Israel’s own neck to take out the facilities…not an Obama led US.

This all brings me back to the original idea behind this post. What will happen if Iran does indeed succeed in creating its own nuclear bomb? What will happen is the sudden quantum leap in humn rights violations. There will be longer a need for the Iranian regime to hold back on the brute force of it’s thuggish security forces and its equally thuggish legislative apparatus, once they join the nuclear club.
Like North Korea, the Iranians would have entered a new era in which its nuclear capabilities would automatically secure for itself a whole new set of rules and guidlines in dealing with external pressures. We are shortly seeing that scenario play itself out, as Iran increases it flouting of internationally agreed upon rules that govern how states should conduct themselves, internationally and domoestically.
The Iranian genocidal threat against Israel is one issue, but even if your not totally persauded that Iran really means to destroy Israel with a nuclear strike, what about the poor people of Iran? What about the millions that are currently living under the jackboot of totalitarianism, and crushing oppressiveness by the religious police? What will you have to say about the increased oppression of these people by their utopian despots once THE BOMB is acheived? Tough luck?
I just can’t help but think of how selfish many on the Left are, who are more than willing to allow others to live in dictatorship and misery, as long as they are allowed to do business as usual. How selfish is that? And they say progressives are the least selfish of the lot. I think not. KGS 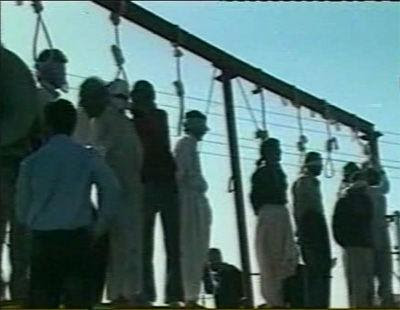