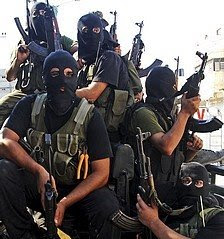 The Tundra Tabloids likes and respects David Hornik, not that it agree with him, eye to eye, on every issue, but the man writes straight forwardly, honestly and without remorse. How refreshing is that? In his latest article, he speaks of something that the TT has been saying for years,

“until the Palestinians give up on the idea of a greater Palestine, and start treating their own people according to Western notions of civility, ending incitement of Jews and preparing their people for an eventual peace with Israel,

As long as the Palestinians remain a danger to themselves, they will remain an existential threat to Israel as well. It couldn’t be any plainer, why are people so dumb about the obvious? KGS

David Hornik: “We support the vision of two democratic states living in peace and security: Israel, with Jerusalem as its capital, and Palestine. For that to become a reality, the Palestinian people must support leaders who reject terror, embrace the institutions and ethos of democracy, and respect the rule of law. We call on Arab governments throughout the region to help advance that goal.”

Back in 2004 President Bush had those words introduced into the GOP platform. A source informs me that this year one delegate proposed striking those words from the platform, but the attempt got nowhere.

It’s unfortunate because, while some recent Israeli governments have indeed embraced that vision, it’s by no means a consensus Israeli position. One Israeli who has now published a piece questioning the two-state principle is former chief of staff Moshe Yaalon, who is close to opposition leader and former prime minister Binyamin Netanyahu and thought likely to receive a post if Netanyahu forms another government.

Given Israel’s current political turmoil, that could happen sometime this year or next year. Yaalon’s ideas are important, then, both because of his leadership potential and because he’s a particularly deep thinker on these issues. More here.